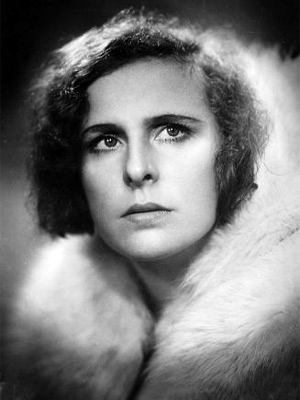 "Helene Bertha Amalie "Leni" Riefenstahl" was a German film director, producer, screenwriter, editor, photographer, actress and dancer widely known for directing the Nazi propaganda film Triumph of the Will. Riefenstahl’s prominence in the Third Reich, along with her personal association with Adolf Hitler, destroyed her film career following Germany's defeat in World War II, after which she was arrested but released without any charges.

Triumph of the Will gave Riefenstahl instant and lasting international fame, as well as infamy. She directed eight films, two of which received significant coverage outside Germany. The propaganda value of her films made during the 1930s repels most modern commentators, but many History of cinema/film histories cite the aesthetics as outstanding. The Economist wrote that Triumph of the Will "sealed her reputation as the greatest female filmmaker of the 20th century".

If you enjoy these quotes, be sure to check out other famous directors! More Leni Riefenstahl on Wikipedia.

We saw all the Gypsies that played in 'Lowlands' again after the war, ... Nothing happened to them. 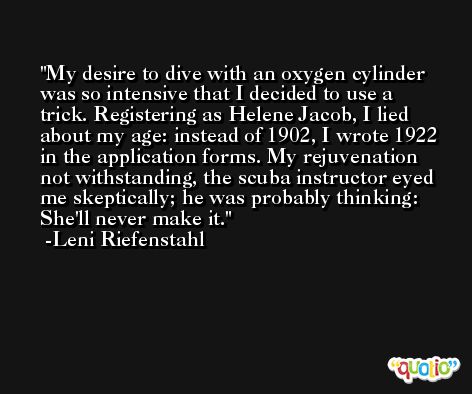 To my dear Fuhrer with deepest admiration.

I feel as though I have lived many lives, experienced the heights and depths of each and like the waves of the ocean, never known rest. Throughout the years, I have looked always for the unusual, for the wonderful, for the mysteries at the heart of life. 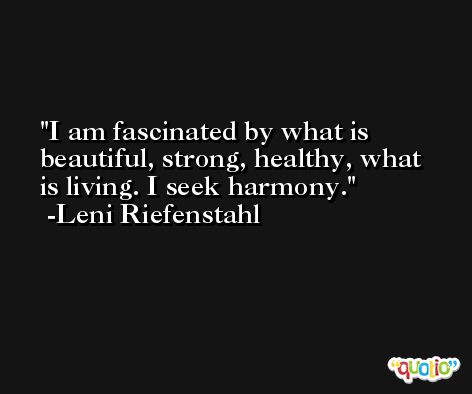 Your deeds exceed the power of human imagination. They are without equal in the history of mankind. How can we (the German people) ever thank you?

In 1934 people were crazy and there was great enthusiasm for Hitler. We had to try and find that with our camera. 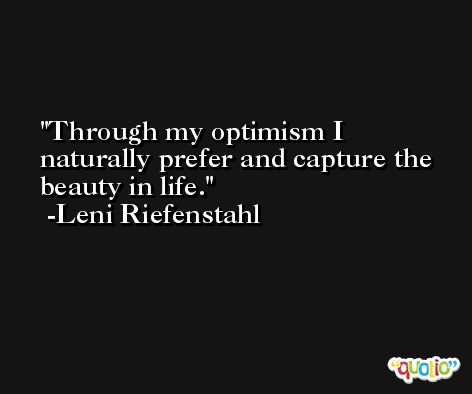