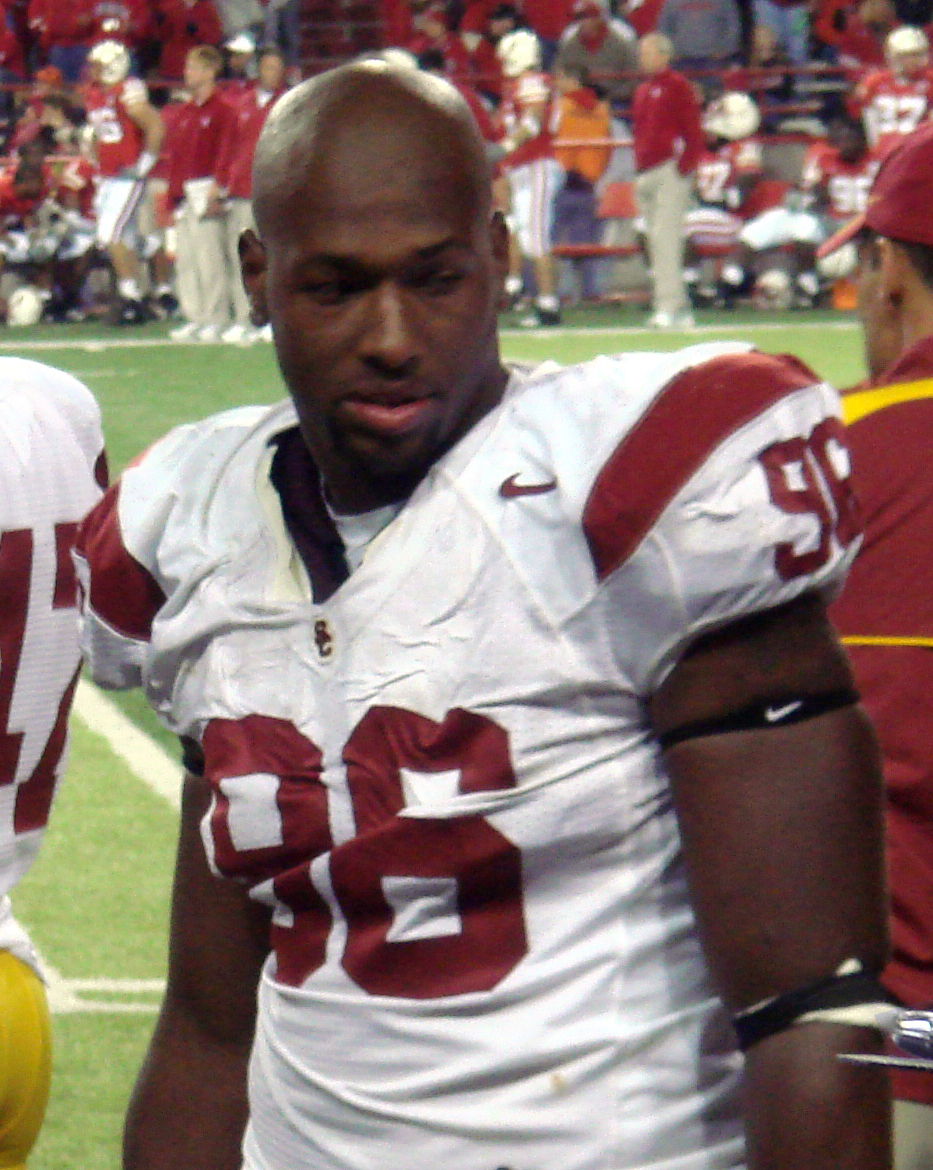 "Lawrence Christopher Jackson" is an American football defensive end who is currently a free agent. He was drafted by the Seattle Seahawks in the first round of the 2008 NFL Draft. He played college football at University of Southern California/USC.

He is referred to as LJ or LoJack.

If you enjoy these quotes, be sure to check out other famous athletes! More Lawrence Jackson on Wikipedia.

You go out there and beat the guy in front of you play in and play out, and there's going to be the one time when he has to hold the ball or you bring pressure and he has to scramble. If you're in the right position, you make the play. And in a game like this, it lets you get hits on the quarterback. If you don't get there, at least let them know you're there.

It's all about work when you reach up, tap in and step on that field. You don't mess around when you go through that gate. 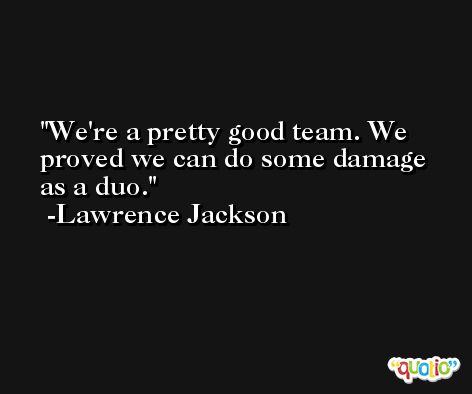 We'll have a great scheme. It's up to us to execute it.

We take detours to get to the same spot. 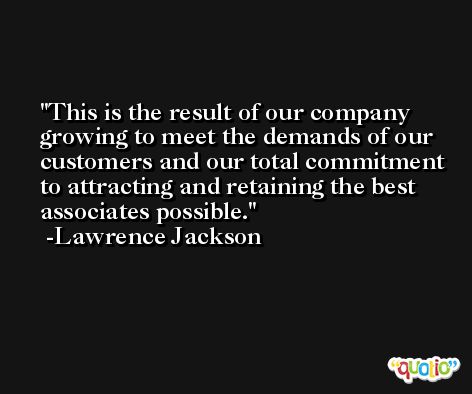 Vince, he's the X factor, we've heard about the Vince vibe. About how he doesn't let anything bother him or his team. 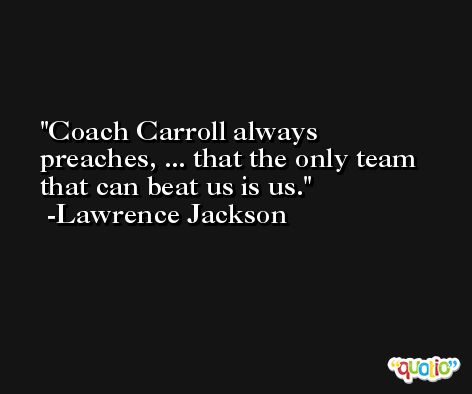