Fuller began his career as a dancer/actor, appearing on Broadway theatre/Broadway in Carousel (musical)/Carousel, The Music Man, Kean (musical)/Kean, Bravo Giovanni, and Funny Girl (musical)/Funny Girl. When Barbra Streisand headed to London for the West End theatre/West End production of the latter, Fuller was tapped to choreograph it, then repeated the task for the United States/American tour. Additional touring productions Fuller has directed and choreographed include I Do! I Do!, Kismet (musical)/Kismet, and On a Clear Day You Can See Forever.

Some people require more patience, ... Eventually, the Lord will win out.

The state of the spot market in oil had little to do with it. This is a long-range view of what company will succeed in the time beyond the next century. 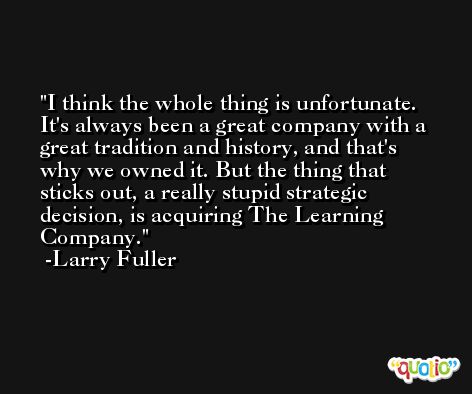