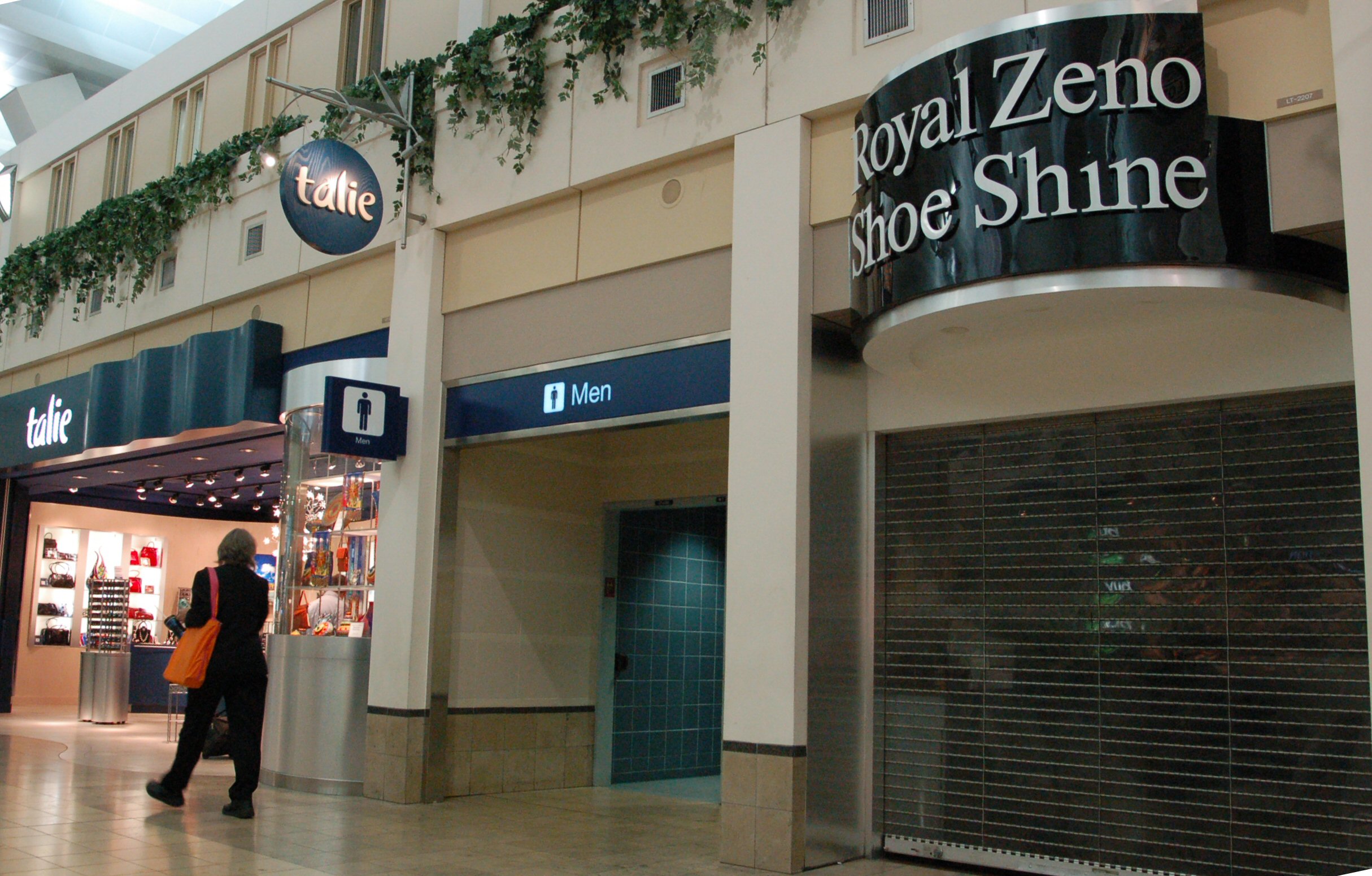 "Larry Edwin Craig" is a former Republican Party (United States)/Republican Politics of the United States/politician from the U.S. state of Idaho. He served 18 years in the United States Senate/U.S. Senate (1991–2009), preceded by 10 years in the U.S. House of Representatives/U.S. House, representing Idaho's Idaho's 1st congressional district/first district (1981–91). His 28 years in United States Congress/Congress rank as the second-longest in History of Idaho/Idaho history, trailing only William Edgar Borah/William Borah, who served over 32 years in the Senate. In addition to serving in Congress, Craig has been a member of the Board of Directors of the National Rifle Association since 1983. Craig was selected for induction into the Idaho Hall of Fame in 2007.

On August 27, 2007, the Capitol Hill newspaper Roll Call revealed that Craig had been arrested for Lascivious/lewd conduct in the men's restroom at the Minneapolis-St. Paul International Airport on June 11, 2007, and entered a guilty plea to a lesser charge of disorderly conduct on August 8, 2007. Despite firmly stating that he was not and never had been gay, Craig announced his intention to resign from the Senate at a news conference on September 1, 2007, but later decided to finish the remainder of his term.

If you enjoy these quotes, be sure to check out other famous politicians! More Larry Craig on Wikipedia.

Breast cancer deaths in America have been declining for more than a decade. Much of that success is due to early detection and better treatments for women. I strongly encourage women to get a mammogram.

Congress has a responsibility to make sure our taxpayer dollars are being spent responsibly and effectively, and at the same time, that our men and women in uniform have everything they need to carry out the War on Terror. 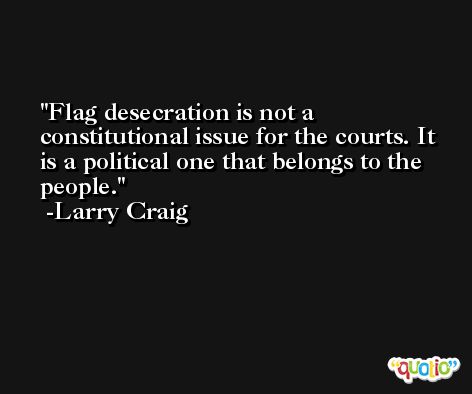 If I had to vote now for immediate action against Iraq, I'd vote no. 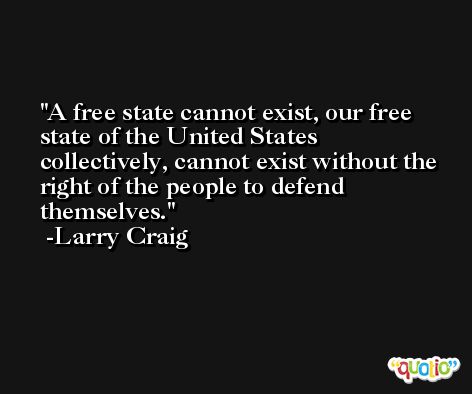 We came to Iraq to liberate them and to make our world a safer place. 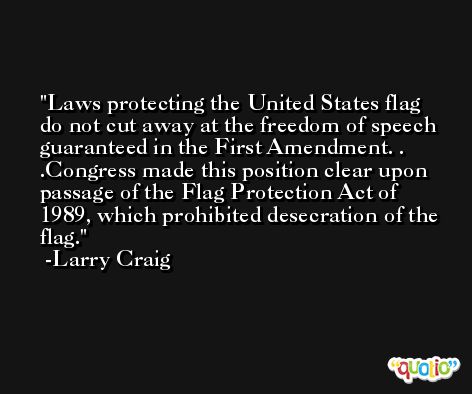