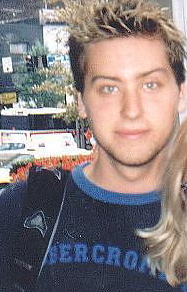 "James Lance Bass" is an American Pop music/pop singer, dancer, actor, film and television producer, and author. He grew up in Mississippi and rose to fame as the Bass (vocal range)/bass singer for the American pop boy band 'N Sync. 'N Sync's success led Bass to work in film and television. He starred in the 2001 film On the Line (2001 film)/On the Line, which his company, Bacon & Eggs, also produced. Bass later formed a second production company, Lance Bass Productions, as well as a now-defunct music management company, Free Lance Entertainment, a joint venture with Mercury Records.

After completion of 'N Sync's Pop Odyssey Tour, Bass moved to Star City, Russia, in much publicized pursuit of a seat on a Soyuz spacecraft/Soyuz space capsule. Bass was certified by both NASA and the Russian Federal Space Agency/Russian Space Program after several months of cosmonaut training, and planned to join the Soyuz TMA-1/TMA-1 mission to the International Space Station. However, after his financial sponsors backed out, Bass was denied a seat on the mission.

If you enjoy these quotes, be sure to check out other famous musicians! More Lance Bass on Wikipedia.

It is very devastating, especially having to watch it on television, when you have family members that are being bombarded by the thing.

I'll go and I'll host or do whatever (Haskell) wants me to do. Events like these are real special because you're lucky if you can get three or four celebrities to attend an event in Los Angeles. 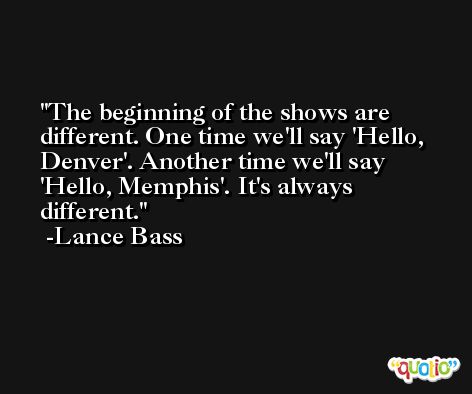 As long as I knew my family was OK, I felt very safe. When something doesn't affect you (directly), it's sometimes hard to get involved. But when the images come across the screen ... it hits home for everyone. You start to realize that, as a human being, you can do something.

It's nice to have a voice and to be able to use it in events like this, ... Mississippi Girl. 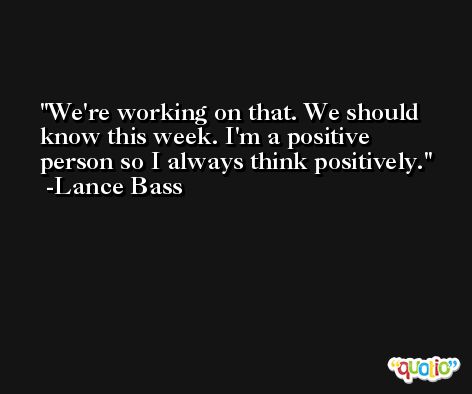 I can't bear looking in the mirror-I guess that's why my hair looks like this.

He's a couple sandwiches short of a picnic. 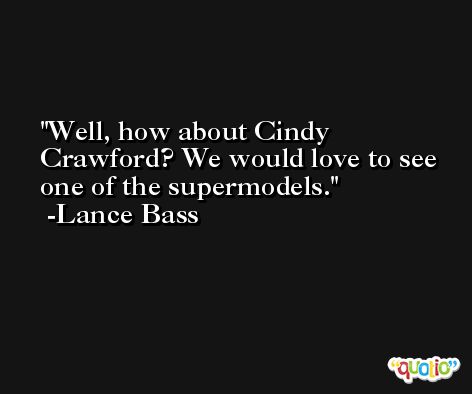