"Labyrinth" was an elaborate structure designed and built by the legendary artificer Daedalus for King Minos of Crete at Knossos. Its function was to hold the Minotaur eventually killed by the hero Theseus. Daedalus had so cunningly made the Labyrinth that he could barely escape it after he built it.

In colloquial English, labyrinth is generally synonymous with maze, but many contemporary scholars observe a distinction between the two: maze refers to a complex branching (multicursal) puzzle with choices of path and direction; while a single-path (unicursal) labyrinth has only a single path to the center. A labyrinth in this sense has an unambiguous route to the center and back and is not difficult to navigate.

I wish the goblins would come and take you away... right now! 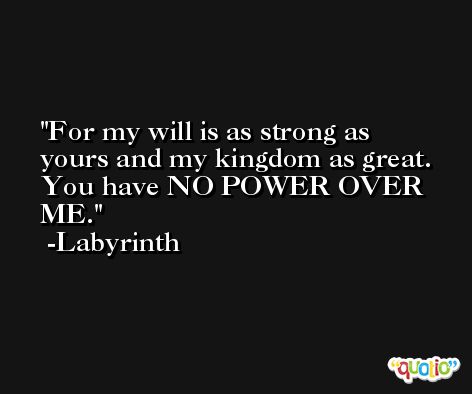 Hey, her head don't come off.

Through dangers untold and hardships unnumbered I have fought my way here to take back what you have stolen. 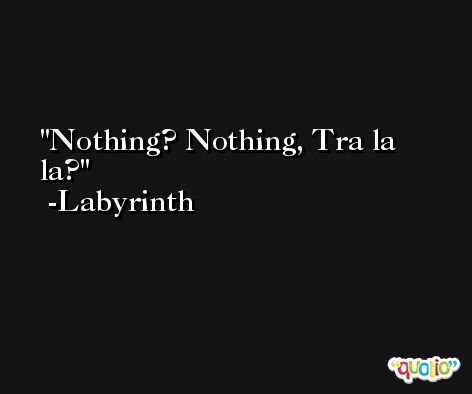