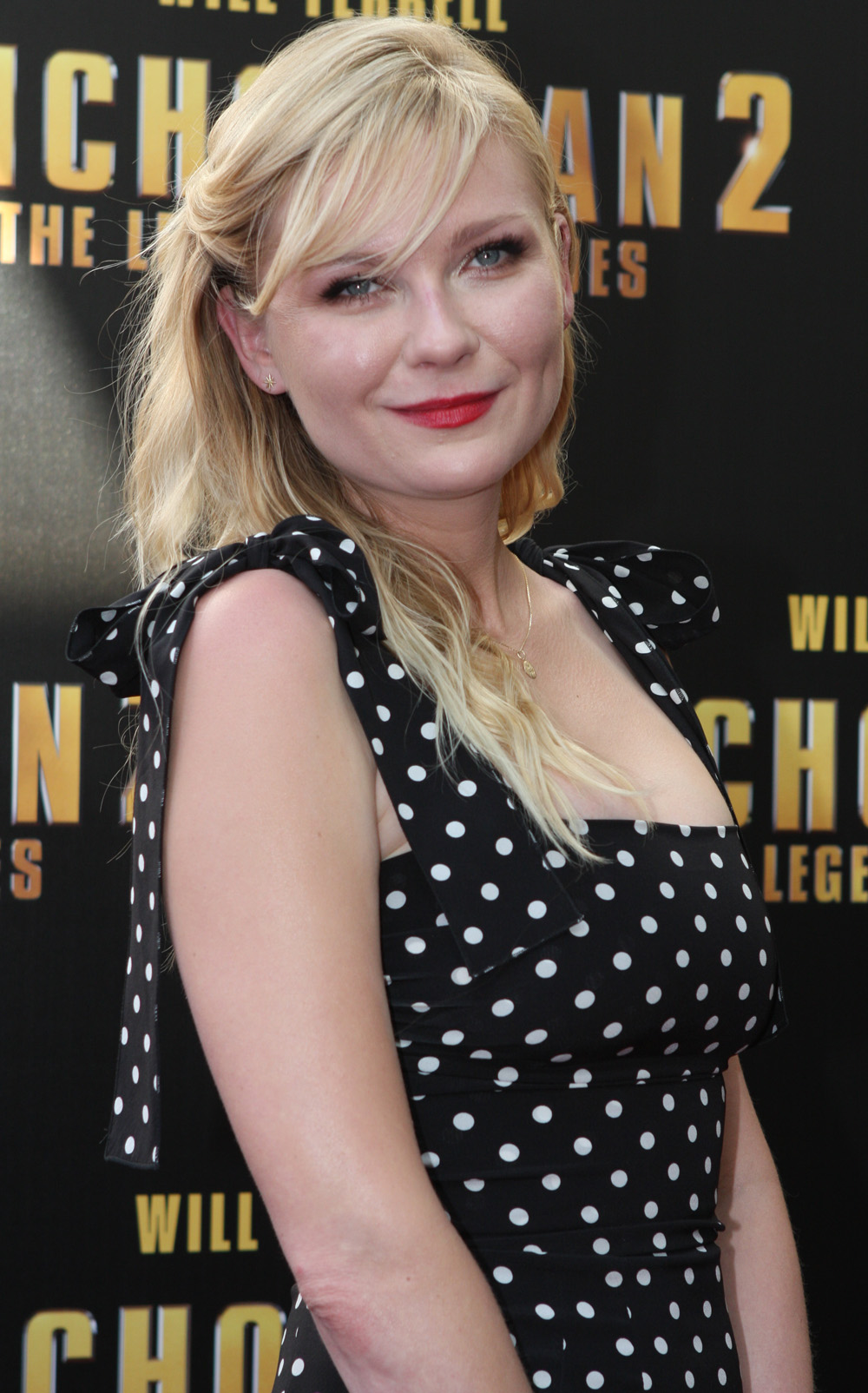 "Kirsten Caroline Dunst" is a German and American actress, singer, model and director. She made her film debut in Woody Allen's short film New York Stories#Oedipus Wrecks/Oedipus Wrecks for the anthology film New York Stories (1989). At the age of twelve, Dunst gained widespread recognition playing the role of vampire Claudia (The Vampire Chronicles)/Claudia in Interview with the Vampire: The Vampire Chronicles/Interview with the Vampire (1994), a role for which she was nominated for a Golden Globe Award for Best Supporting Actress – Motion Picture/Golden Globe Award for Best Supporting Actress. She appeared in Little Women (1994)/Little Women, the same year and in Jumanji the following year. After supporting roles in the NBC medical drama ER (TV series)/ER (1996) and films such as Wag the Dog (1997), Small Soldiers (1998) and The Virgin Suicides (film)/The Virgin Suicides (1999), Dunst transitioned into romantic comedies and comedy-dramas, starring in Drop Dead Gorgeous (film)/Drop Dead Gorgeous (1999), Bring It On (film)/Bring It On (2000), Get Over It (film)/Get Over It and Crazy/Beautiful (both released in 2001).

If you enjoy these quotes, be sure to check out other famous actresses! More Kirsten Dunst on Wikipedia.

In movies, I hope women aren't always portrayed as sex symbols. People like Drew Barrymore are paving the way for girls my age. Hopefully I can pave the way for young actresses, too.

Madonna is my role model she's such a powerful woman. I love Gwenyth Paltrow, she's an actress I aspire to be like. And, of course, my mom. She drove me from New Jersey to New York every day for commercials so I could get where I am today. 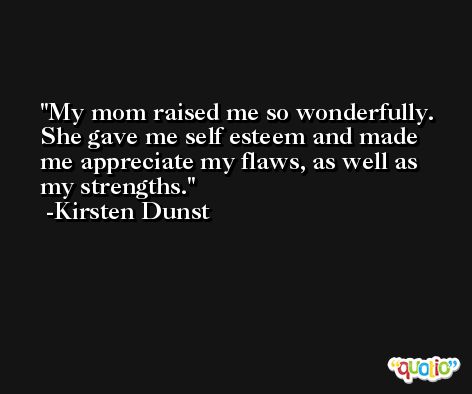 Everybody smokes! Models, actresses, everyone! Don't they realize that it's gross? I understand it's an addiction, but it still pains me to see my friends do it.

I'd like to grow up and be beautiful. I know it doesn't matter, but it doesn't hurt. 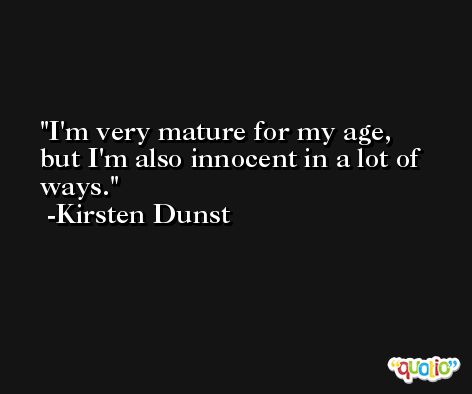 But the real secret to total gorgeousness is to believe in yourself, have self confindence, and try to be secure in your decisions and thoughts.

Why would I cry over a boy? I would never waste my tears on a boy. Why waste your tears on someone who makes you cry? 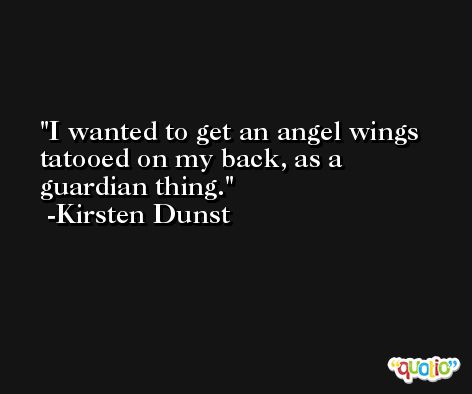