"Kevin Brownlow" is a British History of film/film historian, television documentary-maker, filmmaker, author, and film editor. Brownlow is best known for his work documenting the history of the silent era. Brownlow became interested in silent film at the age of eleven. This interest grew into a career spent documenting and restoring film. He has rescued many silent films and their history. His initiative in interviewing many largely forgotten, elderly film pioneers in the 1960s and 1970s preserved a legacy of cinema. Brownlow received an Academy Honorary Award at the 2nd Annual Governors Awards given by the Academy of Motion Picture Arts and Sciences on 13 November 2010. This marked the first time that an Academy Honorary Award was given to a film preservationist.

I tried hard to meet her, but when I saw her in the street, I turned to a pillar of salt.

She never gives a bad performance. There are one or two disappointing films, like Mata Hari, but it's still full of fabulous imagery. 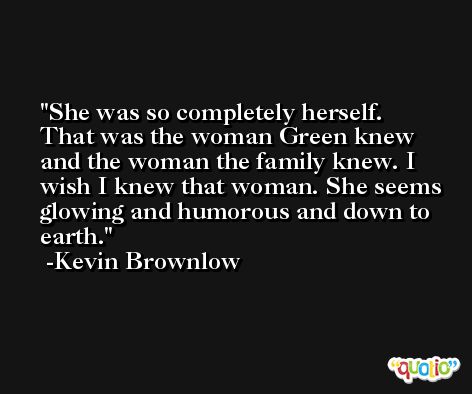 The family wanted us to put in that she wasn't lesbian. But nobody we spoke to was that definitive. . . . It's one of those things you can't be definitive about. All you can do is touch on it.

They felt a lot of Garbo myths were wrong. It was unfair to her they hadn't been corrected. It would have been very interesting to do a documentary with the family alone. 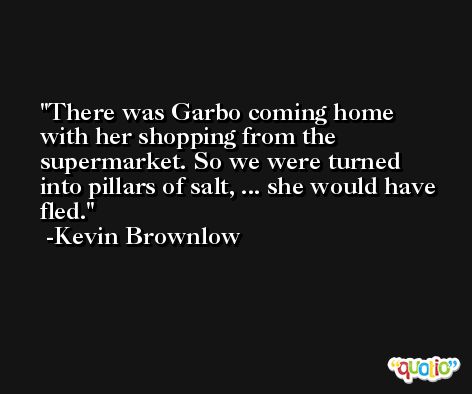 In a sense those tests conveyed more of her personality than anything else we've seen. . . . You suddenly see what it must have been like just to sit next to her.

Rare actresses who was able to become the person she was playing and experience the emotions that that person was having. It was incredibly painful, almost psychic and quite devastating for her.