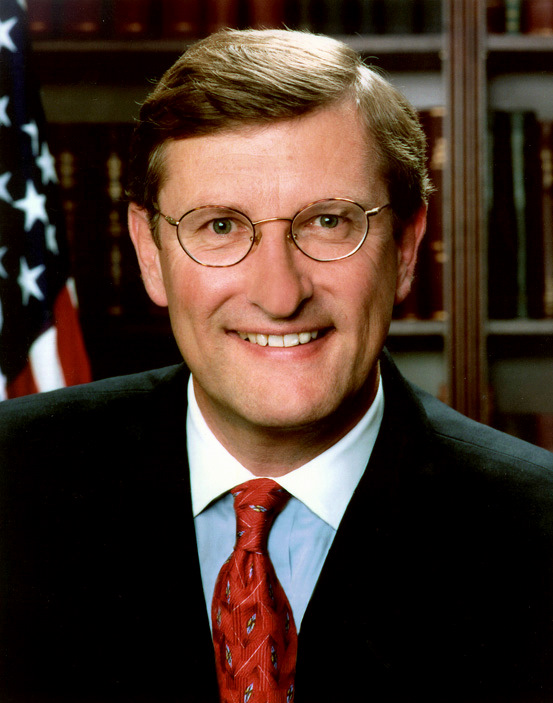 On January 18, 2011, Conrad announced that he would not run for re-election in 2012, but will instead retire. Conrad said in a statement that it was more important that "I spend my time and energy trying to focus on solving the nation's budget woes than be distracted by another campaign." Fellow Democrat Heidi Heitkamp was elected to replace him.

If you enjoy these quotes, be sure to check out other famous politicians! More Kent Conrad on Wikipedia.

We have just had a massive disaster, ... This is not a time to be cutting services to the most needy among us.

Negotiating sugar trade in bilateral free trade agreements is a recipe for disaster for the U.S. sugar industry, and it is unnecessary. 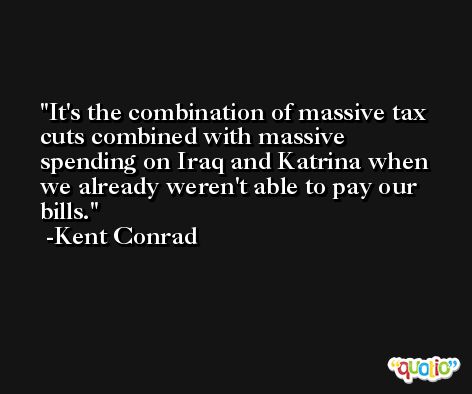 This has been a tough year for many of our farmers in North Dakota and across the nation. 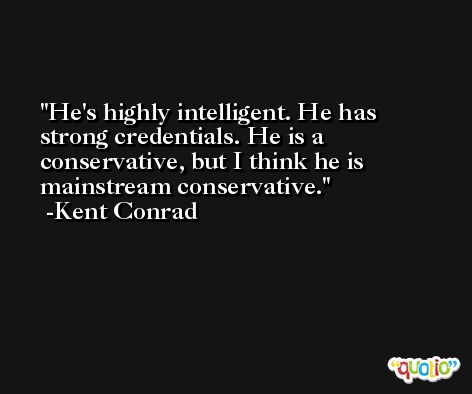 You don't just stick with the same old plan when something of this consequence occurs.

If you look at his performance, his education, his attainments, that is the kind of person who has the quality to be in the Supreme Court. This man has a mind like a jewel. 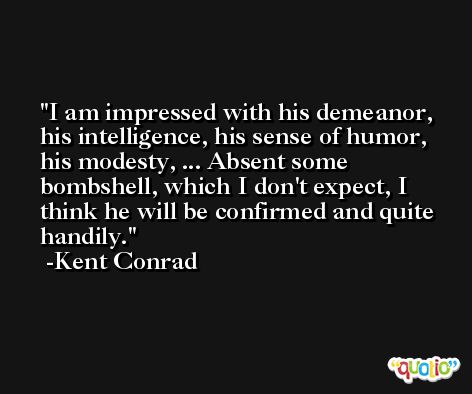