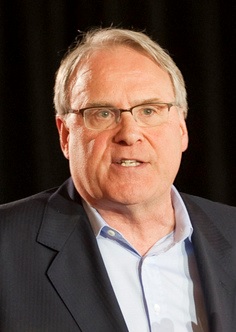 "Kenneth Wayne "Ken" Dryden", , is a Canadians/Canadian politician, lawyer, businessman, author, and former National Hockey League/NHL goaltender. He is an officer of the Order of Canada and a member of the Hockey Hall of Fame. Dryden was a Liberal Member of Parliament from 2004, also serving as a cabinet minister from 2004 to 2006, until losing his seat in the 2011 Canadian federal elections to Conservative Mark Adler (politician)/Mark Adler. Ken Dryden was inducted into the Ontario Sports Hall of Fame in 2011.

For example, what it represents is for a territory like Nunavut, they would get about eight times as much in those transfers as the highest province would, P.E.I.,

I'm running because the day after election day, I was mad. 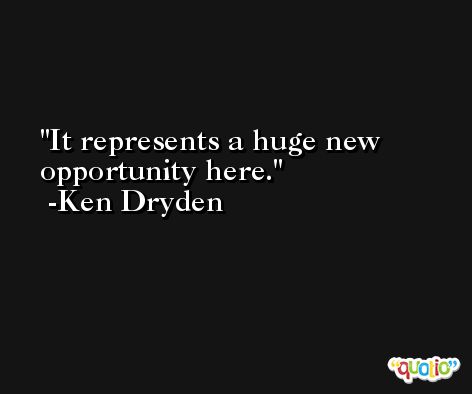 My legendary speaking career began right here on this stage. 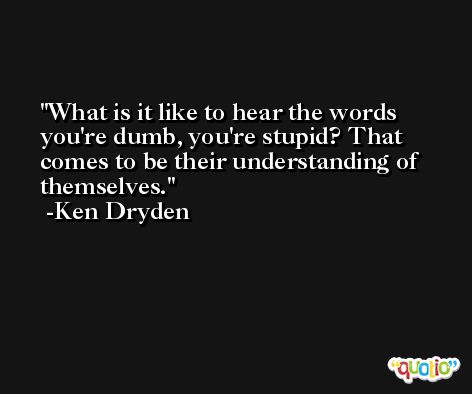 For 18 months, we had worked on something that mattered: a national system of early learning and child care. Then it was gone.