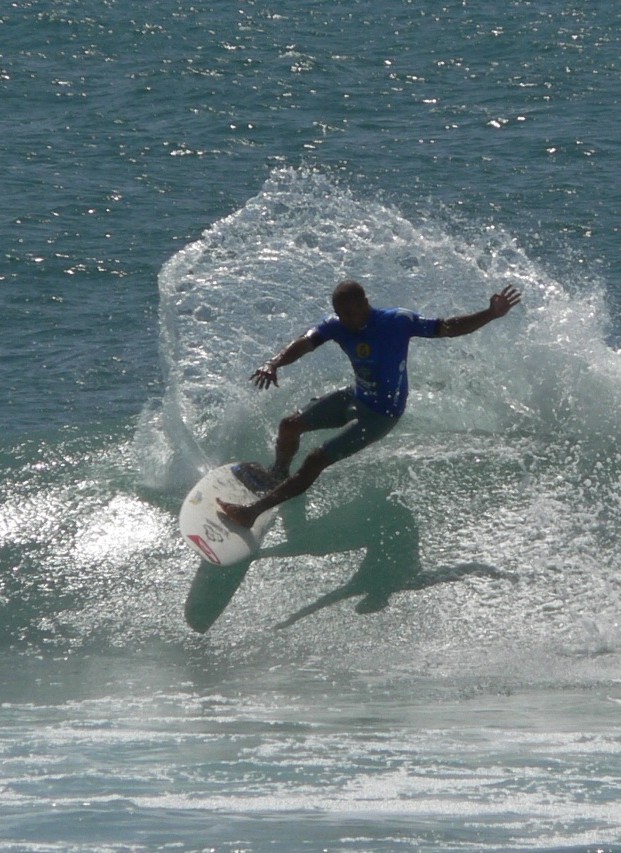 "Robert Kelly Slater" is an American professional surfer known for his competitive prowess and style. He has been crowned ASP World Tour Champion a record 11 times, including 5 consecutive titles in 1994–98. He is the youngest (at age 20) and the oldest (at age 39) to win the title. Upon winning his 5th world title in 1997, Slater passed Australian surfer Mark Richards (surfer)/Mark Richards to become the most successful champion in the history of the sport. In 2007 he also became the all-time leader in career event wins by winning the Boost mobile#sponsorships/Boost Mobile Pro event at Trestles/Lower Trestles near San Clemente, California. The previous record was held by Slater's childhood hero, three-time world champion Tom Curren.

After earlier being awarded the title prematurely as a result of a miscalculation by the Association of Surfing Professionals (ASP), on November 6, 2011 Slater officially won his eleventh ASP world title at the Rip Curl Pro Search San Francisco, by winning his 4th round heat. He is an 11 time world champion.

It may have been one wave in one heat but by him winning he gained 178 points on me and if I'd won I would have moved (further) ahead.

[Kelly Slater, for one, said Mar Ohno shouldn't be underestimated:] He has the wildcard again and can be dangerous if he loosens up and just surfs, ... It'll be interesting to see if he gets on a roll and gives a real run like he did against Andy Irons in Niijima two years ago. 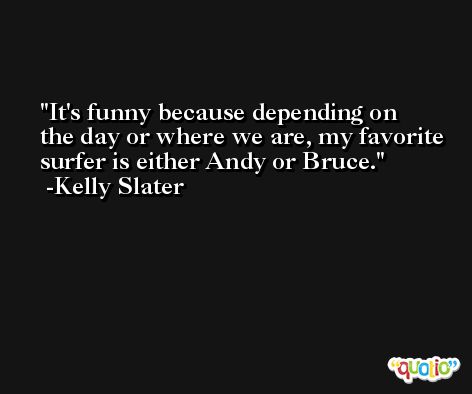 I haven't surfed that much in the past couple of weeks.

Now is the time to determine whether or not it will be a two-horse race for the title. 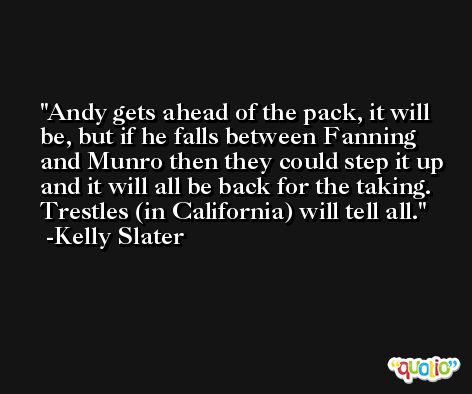 I call him 'Danger' and he ripped the other day.

To receive a 10-point ride is a blessing in itself, but to have it honored by giving to those who could use a little support to accomplish the things they want to do in life is a bigger blessing. The school is something I believe hugely in. They provide a special place for kids to understand things that many people avoid or never learn to deal with their whole lives.