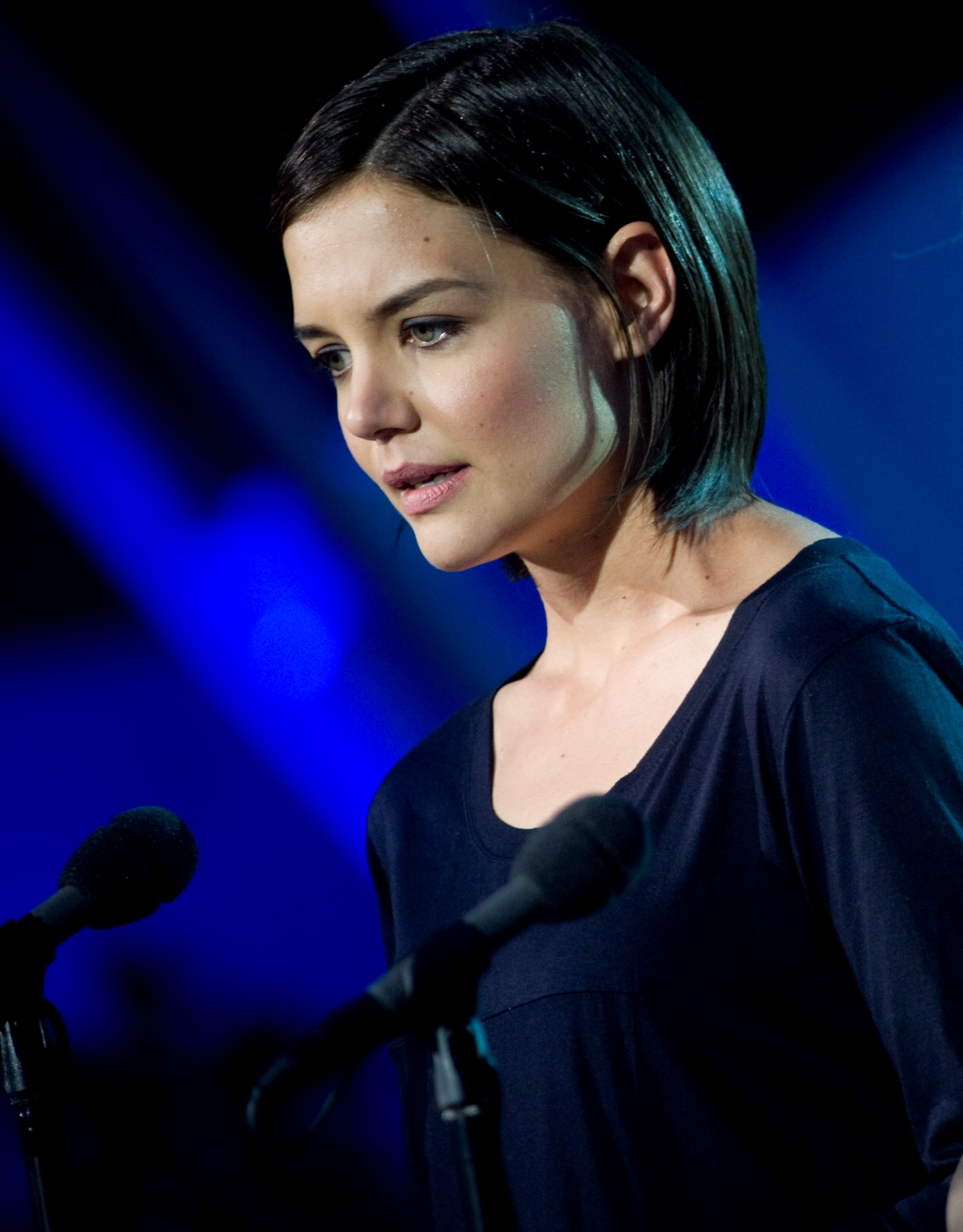 "Kate Noelle" ""Katie"" "Holmes" is an American actress and model who first achieved fame for her role as Joey Potter on The WB Television Network/The WB television teen drama Dawson's Creek from 1998 to 2003. She appeared in 1998's Disturbing Behavior, a thriller, which won a MTV Movie Award for Best Breakthrough Performance for the role. The year 2000 saw Holmes feature in two film roles. The first was in Wonder Boys (film)/Wonder Boys which got positive attention from many leading critics. She also appeared in The Gift (2000 film)/The Gift, a Southern Gothic story directed by Sam Raimi and starring Cate Blanchett. Holmes hosted Saturday Night Live on February 24, 2001.

If you enjoy these quotes, be sure to check out other famous actresses! More Katie Holmes on Wikipedia.

I got caught kissing. Like by my parents. It was so horrible. It's so embarrassing, I'm blushing.

I'm definitely a messy person... I know where everything is but I just can't organize. I don't make lists and find scripts on the laundry machine, and under my bed, or in the bathroom, kitchen. It's bad, I really need to take control. 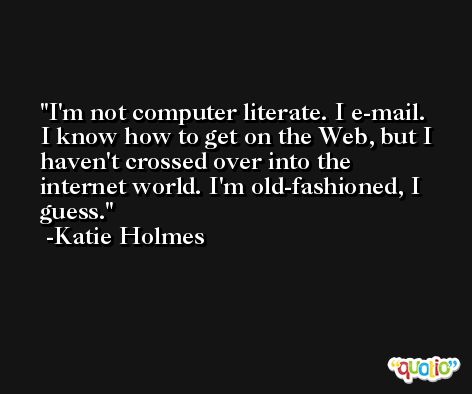 I have some road rage inside of me. Traffic, especially in L.A., is a pet peeve of mine.

I'm really into my running workout. Running really helps me clear my head and makes me feel good, especially when I'm stressed.

It's kind of fun being the cute, little one. In fact, I'm finding it hard to grow out of that.

I'm so spoiled - I must have a Starbucks vanilla latte every day. Otherwise, it's going to be a bad day. I also love Jelly Bellies. But that's bad. Don't tell my mom. 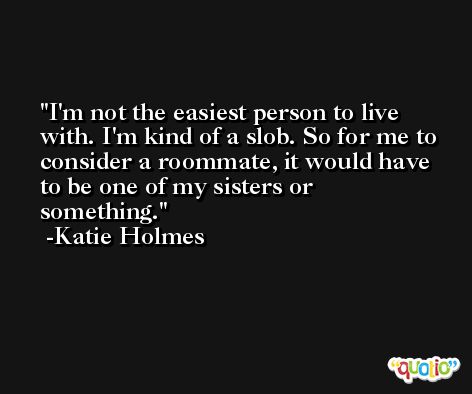