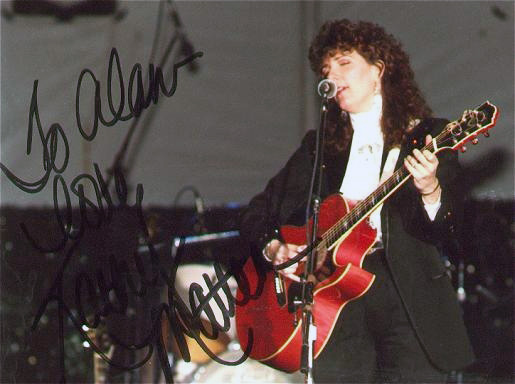 "Kathleen Alice "Kathy" Mattea" (born June 21, 1959, South Charleston, West Virginia) is an American country music and Bluegrass music/bluegrass performer who often brings folk, Celtic music/Celtic and traditional country sounds to her music. Active since 1983 as a recording artist, she has recorded seventeen albums and has charted more than thirty singles on the Billboard (magazine)/Billboard Hot Country Singles & Tracks charts. This total includes the number one hits "Goin' Gone", "Eighteen Wheels and a Dozen Roses", "Come From the Heart" and "Burnin' Old Memories", as well as twelve additional Top Ten singles.

If you enjoy these quotes, be sure to check out other famous musicians! More Kathy Mattea on Wikipedia.

You have to write badly to write at all. If it's crappy, I will rewrite it later. But it will be mine. You can hear the resonance of an artist who goes into herself.

Can you blame them? We have to filter so much information these days. But it does make it difficult for an artist. I'm 46 years old now. I've had a lot of life experience and my voice has changed. People who expect the same old me are bound to be disappointed. 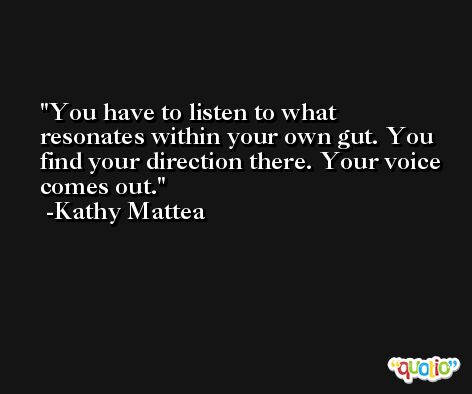