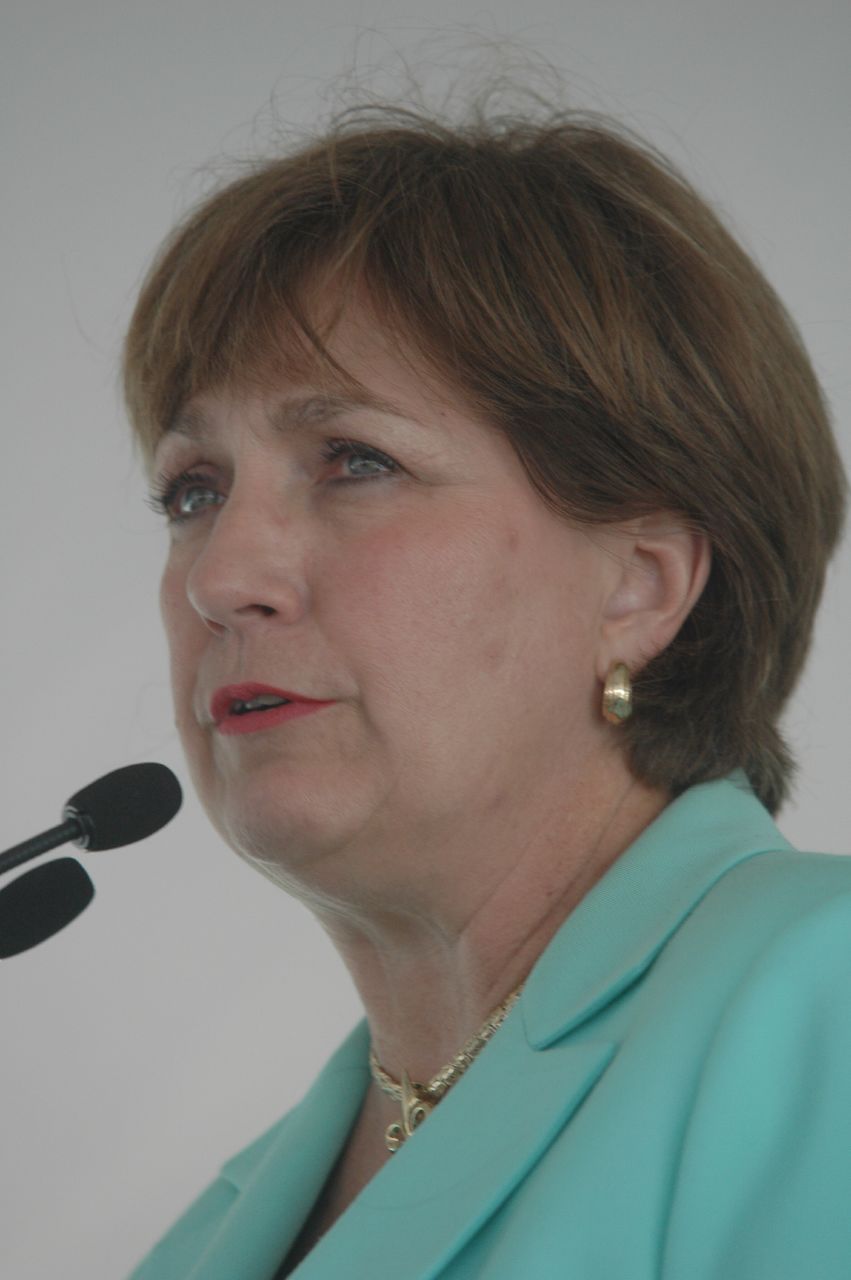 When first elected, Blanco outlined her top priorities as providing affordable healthcare, improving the education system in the state, and helping to create a strong and vibrant economy through aggressive economic development initiatives. Her work as governor changed dramatically when, in 2005, coastal Louisiana was severely damaged by two hurricanes that stuck less than a month apart. In August, Hurricane Katrina devastated the New Orleans region, an urban area of 1.4 million people. Then, in September, Hurricane Rita struck the southwestern coast, displacing another 300,000 people. More than 200,000 housing units were destroyed, 81,000 businesses closed, entire electrical and telecommunication systems were torn apart, and one million people were made homeless as a result of severe flooding caused by levee failures and storm surges.

If you enjoy these quotes, be sure to check out other famous politicians! More Kathleen Blanco on Wikipedia.

The first light of day today revealed what we had feared, ... The devastation is greater than our worst fears. It's just totally overwhelming. 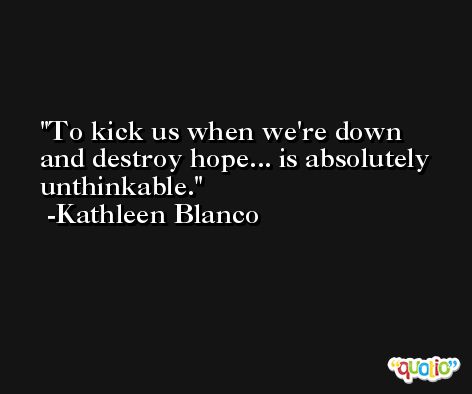 I know that government doesn't have the all solutions that real solutions do not come from the top down. Instead, the ways to end poverty come from all of us. We are part of the solution.

Think about it: Every educated person is not rich, but almost every education person has a job and a way out of poverty. So education is a fundamental solution to poverty. 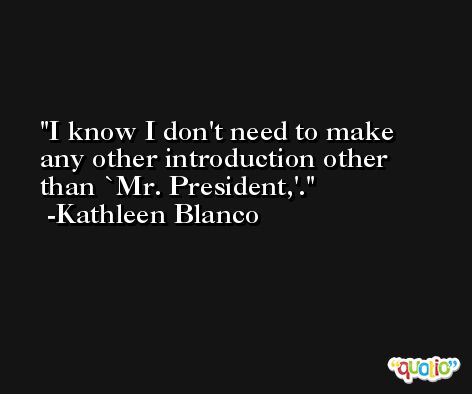 It is just totally overwhelming.

I could stand here and recite statistic after statistic, indicator after indicator but I don't need to. All of you know where Louisiana stands [health care]. At the bottom. 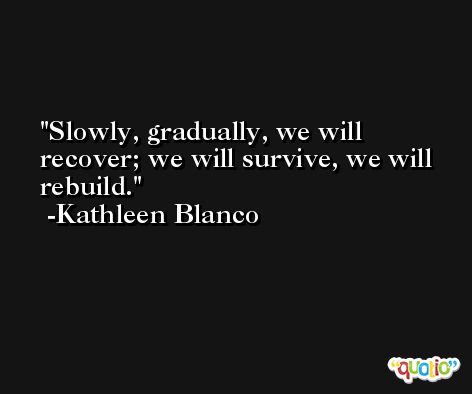