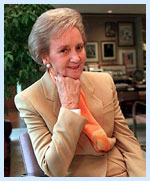 "Katharine Meyer Graham" was an American publisher. She led her family's newspaper, The Washington Post, for more than two decades, overseeing its most famous period, the Watergate scandal/Watergate coverage that eventually led to the resignation of President of the United States/President Richard Nixon. Her memoir, Personal History, won the Pulitzer Prize in 1998 Pulitzer Prize/1998.

If you enjoy these quotes, be sure to check out other famous businessmen! More Katharine Graham on Wikipedia.

No one can avoid aging, but aging productively is something else.

If we had failed to pursue the facts as far as they led, we would have denied the public any knowledge of an unprecedented scheme of political surveillance and sabotage. 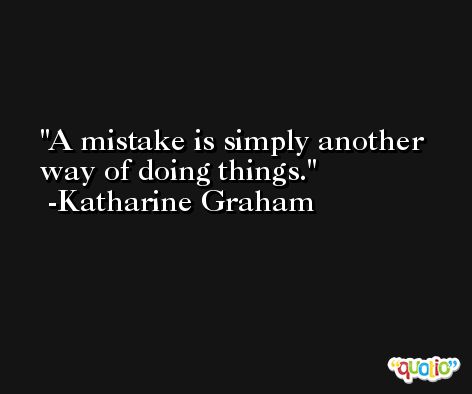 To love what you do and feel that it matters - how could anything be more fun?

Once, power was considered a masculine attribute. In fact, power has no sex. 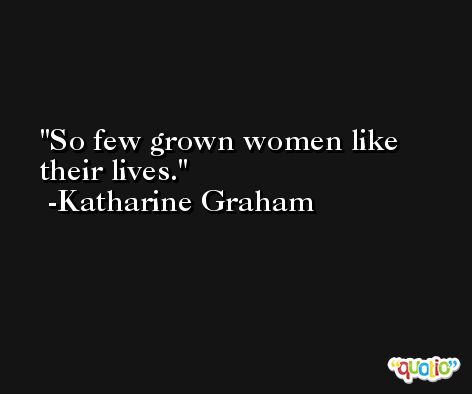 Bromidic though it may sound, some questions don't have answers, which is a terribly difficult lesson to learn.

If one is rich and one's a woman, one can be quite misunderstood. 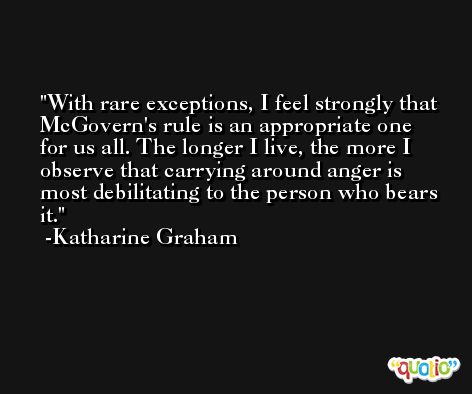