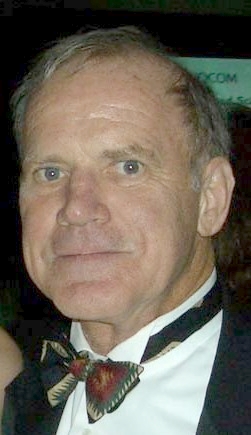 "Kary Banks Mullis" is a Nobel Prize-winning American biochemistry/biochemist, author, and lecturer. In recognition of his improvement of the polymerase chain reaction (PCR) technique, he shared the 1993 Nobel Prize in Chemistry with Michael Smith (chemist)/Michael Smith and earned the Japan Prize in the same year. The process was first described by Kjell Kleppe and 1968 Nobel laureate H. Gobind Khorana, and allows the amplification of specific DNA sequences. The improvements made by Mullis allowed PCR to become a central technique in biochemistry and molecular biology, described by The New York Times as "highly original and significant, virtually dividing biology into the two epochs of before P.C.R. and after P.C.R."

Since winning the Nobel Prize, Mullis has been criticized in The New York Times for promoting ideas in areas in which he has no expertise. He has promoted AIDS denialism, climate change denial and his belief in astrology.

If you enjoy these quotes, be sure to check out other famous scientists! More Kary Mullis on Wikipedia.

We can make the chemicals we've talked about, make them into drugs and make them available. It ought to take the virus out in 24 hours.

The global warmers ... predict that global warming is coming, and our emissions are to blame. They do that to keep us worried about our role in the whole thing. If we aren't worried and guilty, we might not pay their salaries. It's that simple. 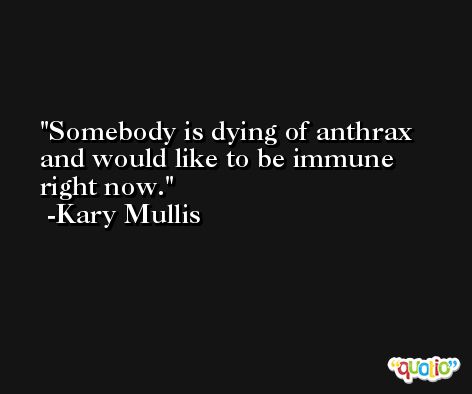 The immune system only works when you're prepared or when the thing that you've got takes a long time to develop.