"Karen Williams" is an American concert and opera soprano. In 1985 she won the Metropolitan Opera National Council Auditions; making her stage debut at the Metropolitan Opera later that year as Serena in George Gershwin's Porgy and Bess. She sang that role at the Met again in 1989-1990. She has also performed Serena at Symphony Hall, Springfield with the Boston Concert Opera (1986), the Milwaukee Symphony Orchestra (1998), the Buffalo Philharmonic Orchestra (1999), the Utah Symphony Orchestra (1999), and the Philadelphia Orchestra (2000) among others. In 1986 she made her debut with the Opera Company of Philadelphia as Amelia in Verdi's Un ballo in maschera.

I don't know if we have to do anything since Damian is technically committed to Florida. However, we're still deciding how to announce it if he goes to Arkansas. Damian will announce something before Wednesday because we want that to be about the team, not Damian.

We fuel our bodies with the right foods. 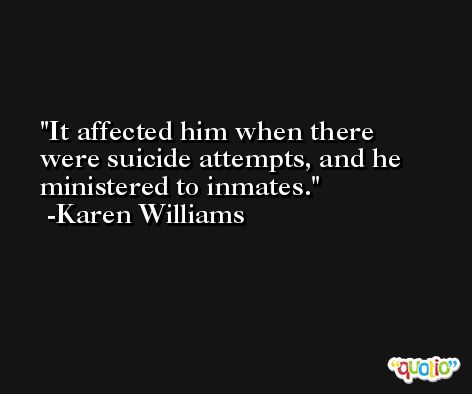 The priority is making sure the next of kin are aware and giving support to the bereaved.

It offered the opportunity to learn in an environment that really facilitated thinking. We want her to become a lifelong learner, not just someone who went to school to have facts, you know, rote facts. 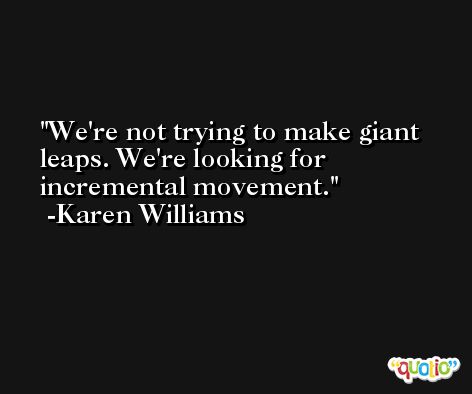 It should be the beginning of something they continue for the rest of their lives.

When you look at the statistics for heart disease and diabetes in African-American women, it's detected very late. We're trying to reach out to a younger audience and educate them before they get to that stage.