"Karen Armstrong" Royal Society of Literature/FRSL is a British author and commentator known for her books on comparative religion. A former Roman Catholic nun#Distinction between a nun and a religious sister/religious sister, she went from a conservative to a more liberal and Christian mysticism/mystical Christian faith. She attended St Anne's College, Oxford, while in the convent and majored in English. She became disillusioned and left the convent in 1969. She first rose to prominence in 1993 with her book A History of God/A History of God: The 4,000-Year Quest of Judaism, Christianity and Islam. Her work focuses on commonalities of the major religions, such as the importance of compassion and the Golden Rule.

Armstrong received the $100,000 TED (conference)/TED Prize in February 2008. She used that occasion to call for the creation of a Charter for Compassion, which was unveiled the following year.

If you enjoy these quotes, be sure to check out other famous writers! More Karen Armstrong on Wikipedia.

There are some forms of religion that are bad, just as there's bad cooking or bad art or bad sex, you have bad religion too.

And sometimes it's the very otherness of a stranger, someone who doesn't belong to our ethnic or ideological or religious group, an otherness that can repel us initially, but which can jerk us out of our habitual selfishness, and give us intonations of that sacred otherness, which is God. 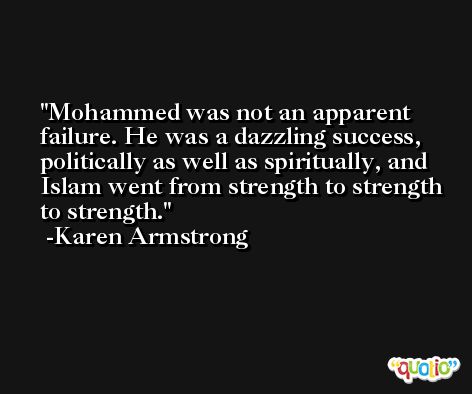 Compassion is not a popular virtue.

It's a great event to get outside and enjoy nature. I find it very exciting no matter how many times I see bald eagles. 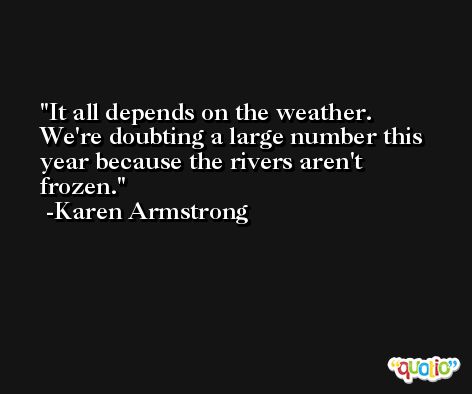 A Short History of Myth.

At the beginning of the twentieth century, every single leading Muslim intellectual was in love with the west, and wanted their countries to look just like Britain and France. 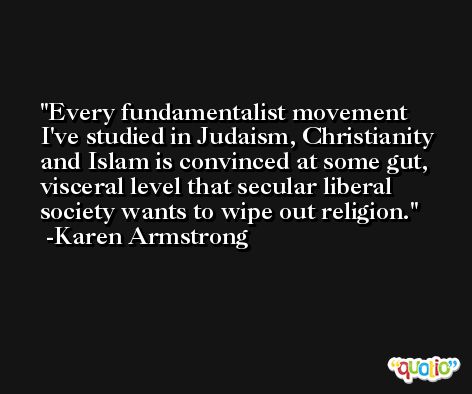