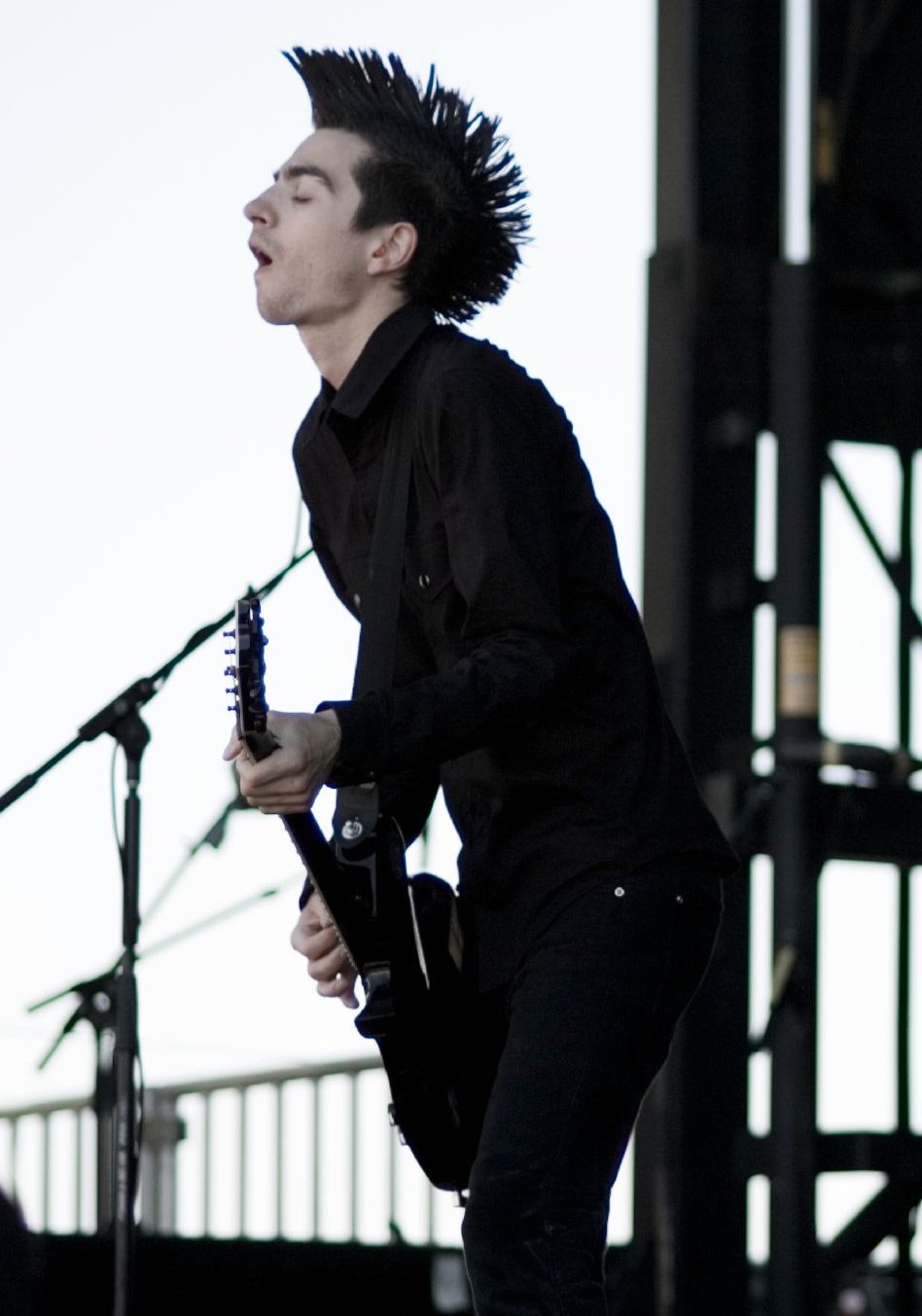 "Justin Cathal Geever", better known by his stage name "Justin Sane" is the lead guitarist and singer/songwriter of the United States-based musical group Anti-Flag, a punk rock band formed in 1988 in Pittsburgh, Pennsylvania known for its outspoken left-wing views. He holds dual US and Ireland/Irish citizenship and lives in Pittsburgh. His stage name was bestowed upon him by friends in Pittsburgh's punk scene.

If you enjoy these quotes, be sure to check out other famous musicians! More Justin Sane on Wikipedia.

I had the blessing or curse to be born into an activist family. My mom and dad were into the protests way before I was born. And once I was born, they raised me in that activist environment.

That's exactly how we wanted it to be. And I think they knew what they were signing. At this point, I'm convinced that they didn't sign us to try to mold us into something we're not. They knew they were signing a political punk band that had things they wanted to say. 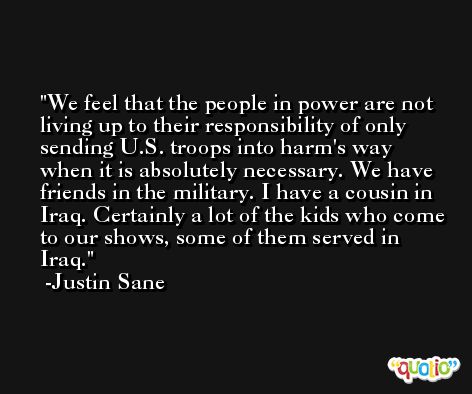