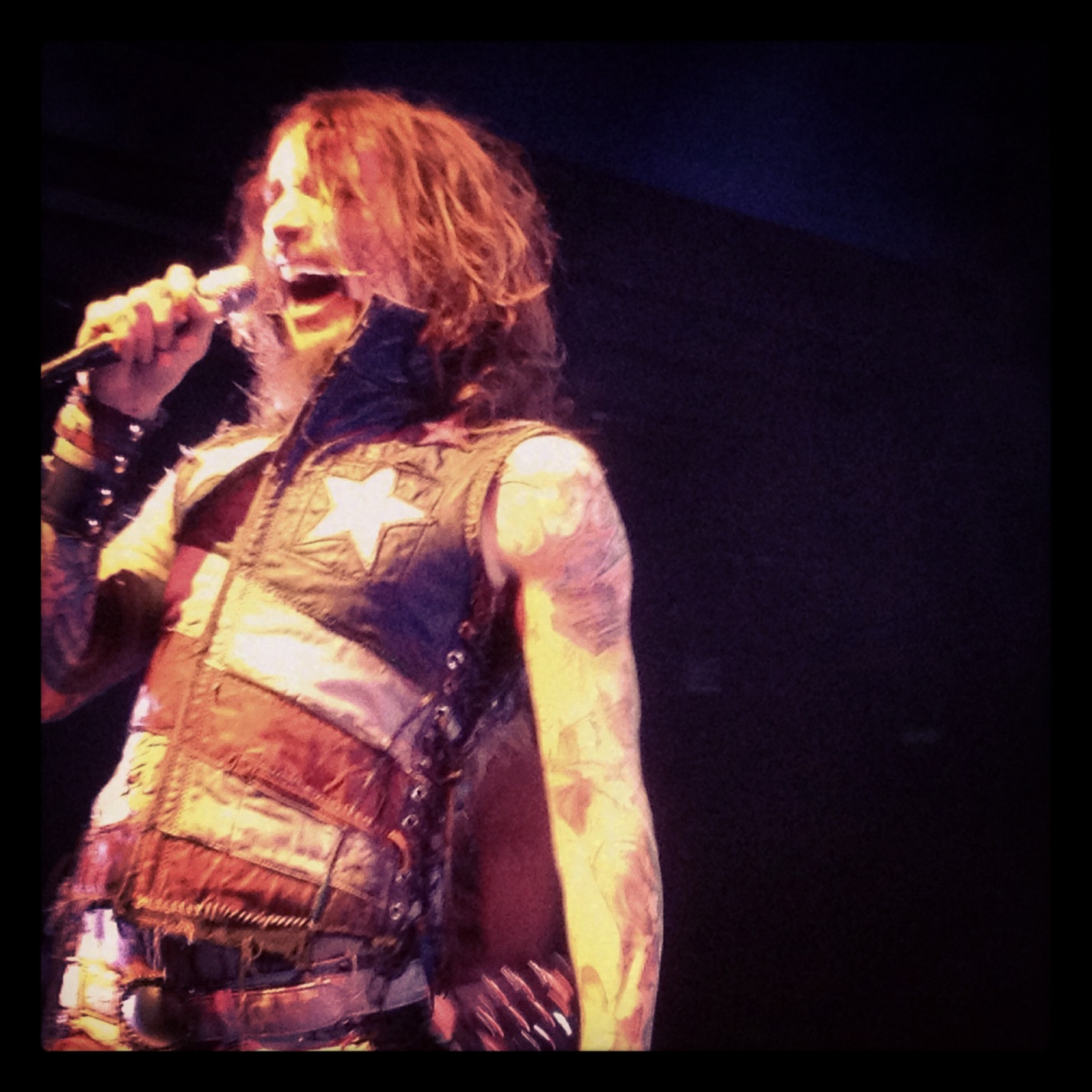 "Justin David Hawkins" is an English musician and singer-songwriter, best known for being the lead singer and lead guitarist of The Darkness (band)/The Darkness, alongside his brother, guitarist Dan Hawkins (musician)/Dan Hawkins. Heavily influenced by classic hard rock and heavy metal music/heavy metal bands of the 1970s and 1980s (particularly Queen (band)/Queen, Def Leppard and AC/DC), Hawkins is noted for his High Tenor singing voice and on-stage persona. He was also the lead singer and guitarist for the band Hot Leg, formed in 2008, and now on hiatus. Since 2005 he is also active in his synthpop alter ego British Whale.

Such as glass in food, a baby crying in your dining room, someone smoking in your restaurant and you're non-smoking, people bring in food that's not yours.

[RTB isn't an ordinary producer in the same way that The Darkness aren't an ordinary band. He and the band were introduced in Los Angeles, instantly bonded over a mutual love of rock and were able to start assembling the album together.] Roy Thomas Baker is a genius, that's all there is to say about it. ... It's been a privilege to watch that man work, his ear is perfect, his instinct fabulous. 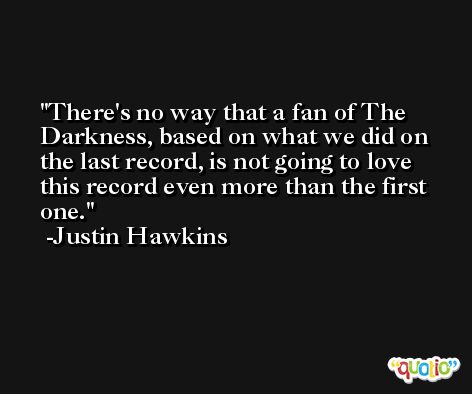 We recorded the same line. I did it better than him but his management kicked up a stink and he is going to do it again today.

It really was an awful, awful environment. 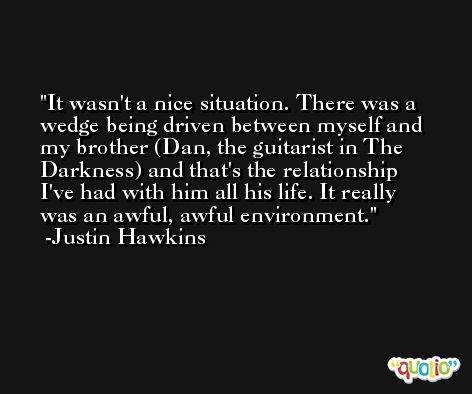 To me it's not really shocking because he always had weed on him. I figured he would be high, but I still don't think that is reason enough to crash the way he did.

We pride ourselves on that. The guys who are playing just can't go through the motions like they would be able to against some scout teams. It's like they're going against the same competition they play against every day in practice.