"Julian Patrick Barnes" is an English writer. Barnes won the Man Booker Prize for his book The Sense of an Ending (2011), and three of his earlier books had been shortlisted for the Booker Prize: Flaubert's Parrot (1984), England, England (1998), and Arthur & George (2005). He has also written crime fiction under the pseudonym Dan Kavanagh. In addition to novels, Barnes has published collections of essays and short stories.

In 2004 he became a Commandeur of L'Ordre des Arts et des Lettres. His honours also include the Somerset Maugham Award and the Geoffrey Faber Memorial Prize.

If you enjoy these quotes, be sure to check out other famous writers! More Julian Barnes on Wikipedia.

The writer must be universal in sympathy and an outcast by nature; only then can he see clearly.

People in love, it is well known, suffer extreme conceptual delusions, the most common of these being that other people find your condition as thrilling and eye-watering as you do yourselves. 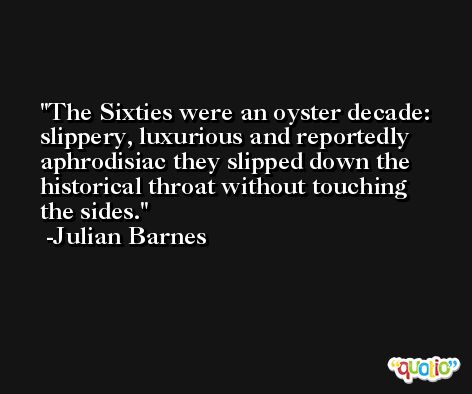 The secret of happiness is to be happy already. 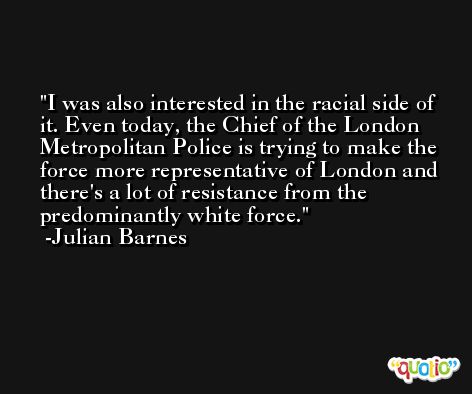 In soccer, the form of the encoded adjective is well-developed. 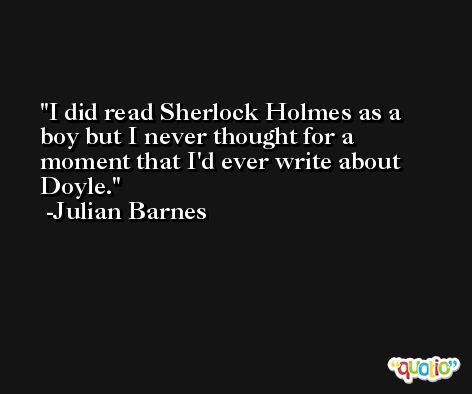