"Judith Crist" was an American film critic and academic. She appeared regularly on the Today (NBC program)/Today show from 1964 to 1973 and was the first full-time female critic for a major American newspaper, the New York Herald Tribune. She was the founding film critic at New York (magazine)/New York magazine and become known to most Americans as a critic at TV Guide. She appeared in one film, Woody Allen's comedy-drama/dramatic-comedy film Stardust Memories (1980), and was the author of various books, including The Private Eye, The Cowboy and the Very Naked Girl; Judith Crist's TV Guide to the Movies; and Take 22: Moviemakers on Moviemaking.

Film criticism became the means whereby a stream of young intellectuals could go straight from the campus film society into the professionals' screening room with- out managing to get a glimpse of the real world in between.

Amid all the easily loved darlings of Charlie Brown's circle, obstreperous Lucy holds a special place in my heart. She fusses and fumes and she carps and complains. That's because Lucy cares. And it's the caring that counts. 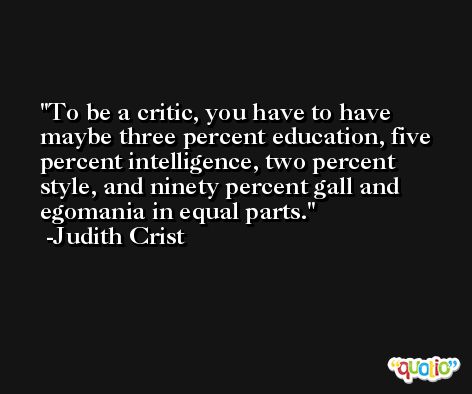 Happiness is too many things these days for anyone lo wish il on anyone lightly. So let's just wish each other a bileless New Year and leave it at that.

A dumb blonde who falls for a huge plastic finger. 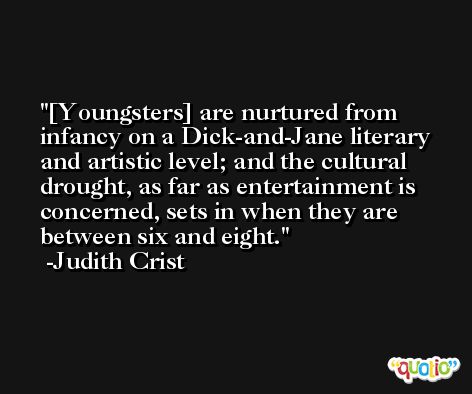 In this lovely land of corrugated cartons and plastic bags, we want our entertainment packaged neatly . . . an attractive label on the outside, a complete and accurate detailing of contents . . . no loose ends, no odd parts, nothing left out. 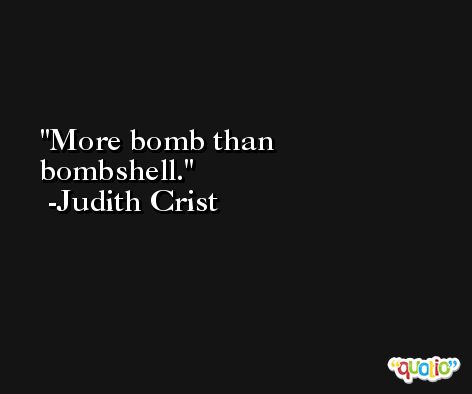