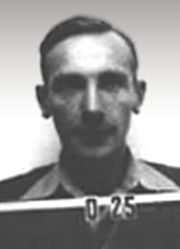 "Sir Joseph (Józef) Rotblat" Order of St Michael and St George/KCMG Order of the British Empire/CBE Fellow of the Royal Society/FRS (4 November 1908 – 31 August 2005) was a Poland/Polish physicist, a self-described "Pole with a British passport". Rotblat was the only physicist to leave the Manhattan Project on the grounds of conscience. Rotblat's work on nuclear fallout was a major contribution toward the ratification of the 1963 Partial Nuclear Test Ban Treaty. A signatory of the Russell–Einstein Manifesto, he was secretary-general of the Pugwash Conferences on Science and World Affairs from their founding until 1973. He shared, with the Pugwash Conferences, the 1995 Nobel Peace Prize for efforts toward nuclear disarmament.

If you enjoy these quotes, be sure to check out other famous physicists! More Joseph Rotblat on Wikipedia.

We appeal, as human beings to human beings. Remember your humanity and forget the rest. If you can do so, the way lies open for a new paradise; if you cannot there lies before you the risk of universal death.

It was at this time, ... that Groves mentioned that the real purpose in making the bomb was to subdue the Soviets. I was terribly shocked. 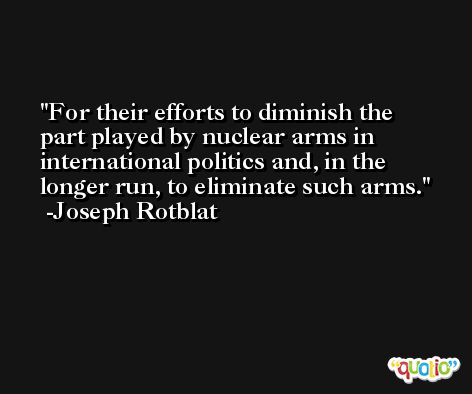 We have been trying for 40 years to save the world, sometimes against the world's wishes.