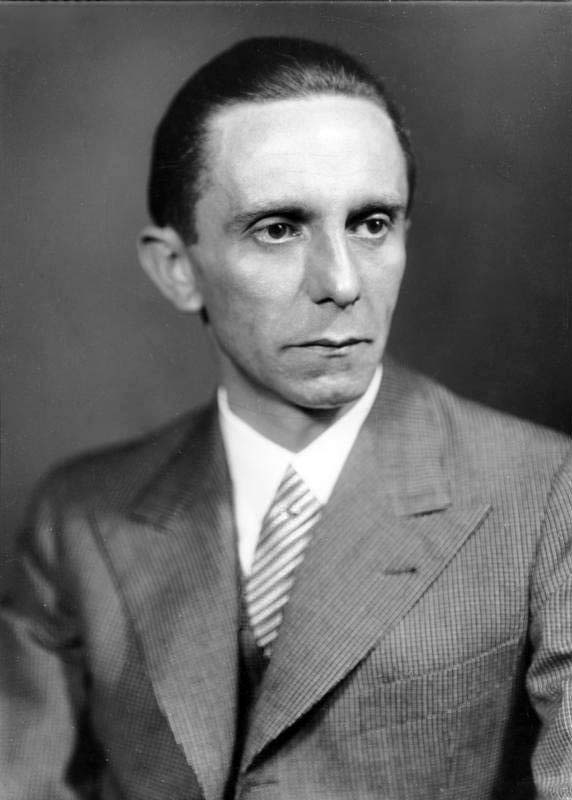 "Paul Joseph Goebbels" was a Germans/German politician and Ministry of Public Enlightenment and Propaganda/Reich Minister of Propaganda in Nazi Germany from 1933 to 1945. As one of Adolf Hitler's closest associates and most devoted followers, he was known for his zealous Public speaking/orations and deep and virulent antisemitism, which led to his strongly supporting the extermination of the Jews when the Nazi leadership developed their "Final Solution".

Goebbels came to power in 1933 after Hitler was appointed chancellor; within six weeks Hitler arranged his appointment as Propaganda Minister. One of Goebbels' first acts was to organize the Nazi book burnings/burning of "decadent" books. Under Goebbels' leadership, the Propaganda Ministry quickly gained and exerted controlling supervision over the news media, arts and information in Germany.

If you enjoy these quotes, be sure to check out other famous politicians! More Joseph Goebbels on Wikipedia.

Faith moves mountains, but only knowledge moves them to the right place.

If we are attacked we can only defend ourselves with guns not with butter. 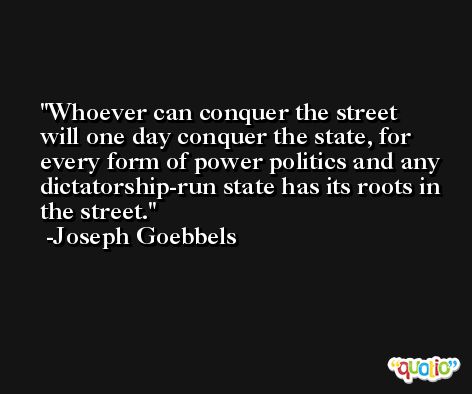 If the day should ever come when we [the Nazis] must go, if some day we are compelled to leave the scene of history, we will slam the door so hard that the universe will shake and mankind will stand back in stupefaction..

Intellectual activity is a danger to the building of character. 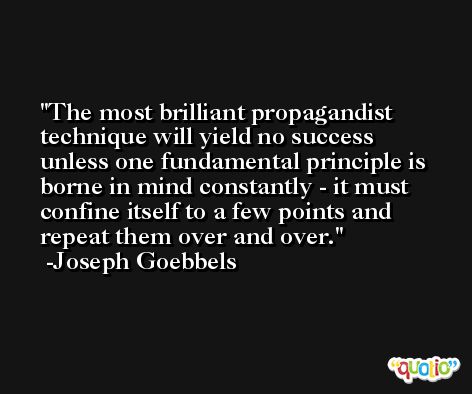 Think of the press as a great keyboard on which the government can play.

If the German people lay down their weapons, the Soviets, according to the agreement between Roosevelt, Churchill and Stalin, would occupy all of East and Southeast Europe along with the greater part of the Reich. An iron curtain would fall over this enormous territory controlled by the Soviet Union, behind which nations would be slaughtered.