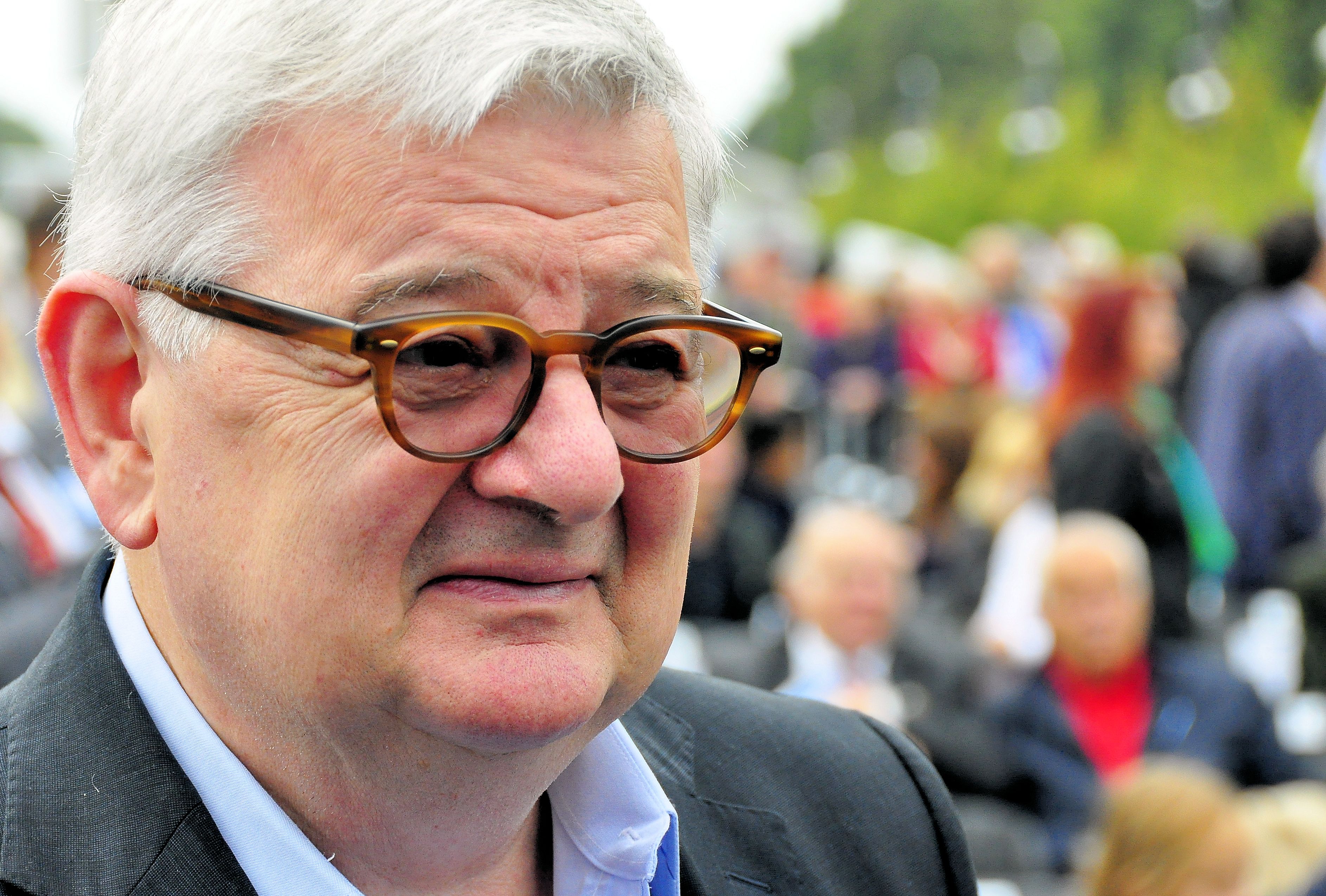 "Joseph Martin "Joschka" Fischer" is a German politician of the Alliance '90/The Greens. He served as Foreign Minister of Germany/Foreign Minister and Vice Chancellor of Germany in the cabinet of Gerhard Schröder from 1998 to 2005. Fischer has been a leading figure in the West German Greens since the 1970s, and according to opinion polls, he was the most popular politician in Germany for most of the government's duration. Following the German federal election, 2005/September 2005 election, in which the Schröder government was defeated, he left office on November 22, 2005. In September 2010 he supported the creation of the Spinelli Group, a europarliamentarian initiative founded with a view to reinvigorate the strive for federalisation of the European Union.

If you enjoy these quotes, be sure to check out other famous politicians! More Joschka Fischer on Wikipedia.

Germany has become a different country in the last seven years.

I'm going to sit in the last row in parliament, think about things and stay silent, ... I don't have anything -- except for a good mood. 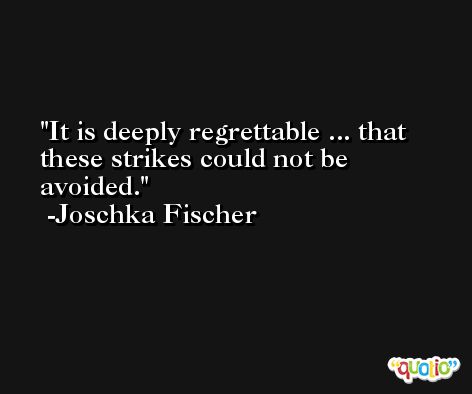 If, indeed, we want to avoid a tragic confrontation, a prerequisite is that the Palestinian side grasp and understand -- and my impression is that it has grasped and understood -- that there is no more room for maneuvering.

I'm deeply impressed by what I read, but we have an independent law court in Germany. 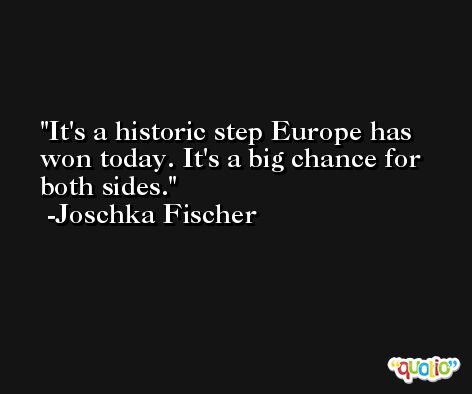 A solution will only be found through comprehensive balancing of interests. There must be no winners or losers.

The German presidency will not seek a solution at the expense of weaker members during these difficult negotiations. 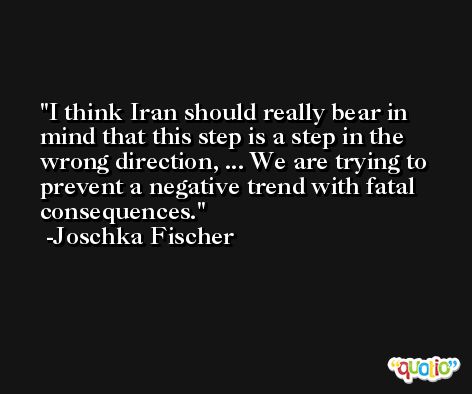