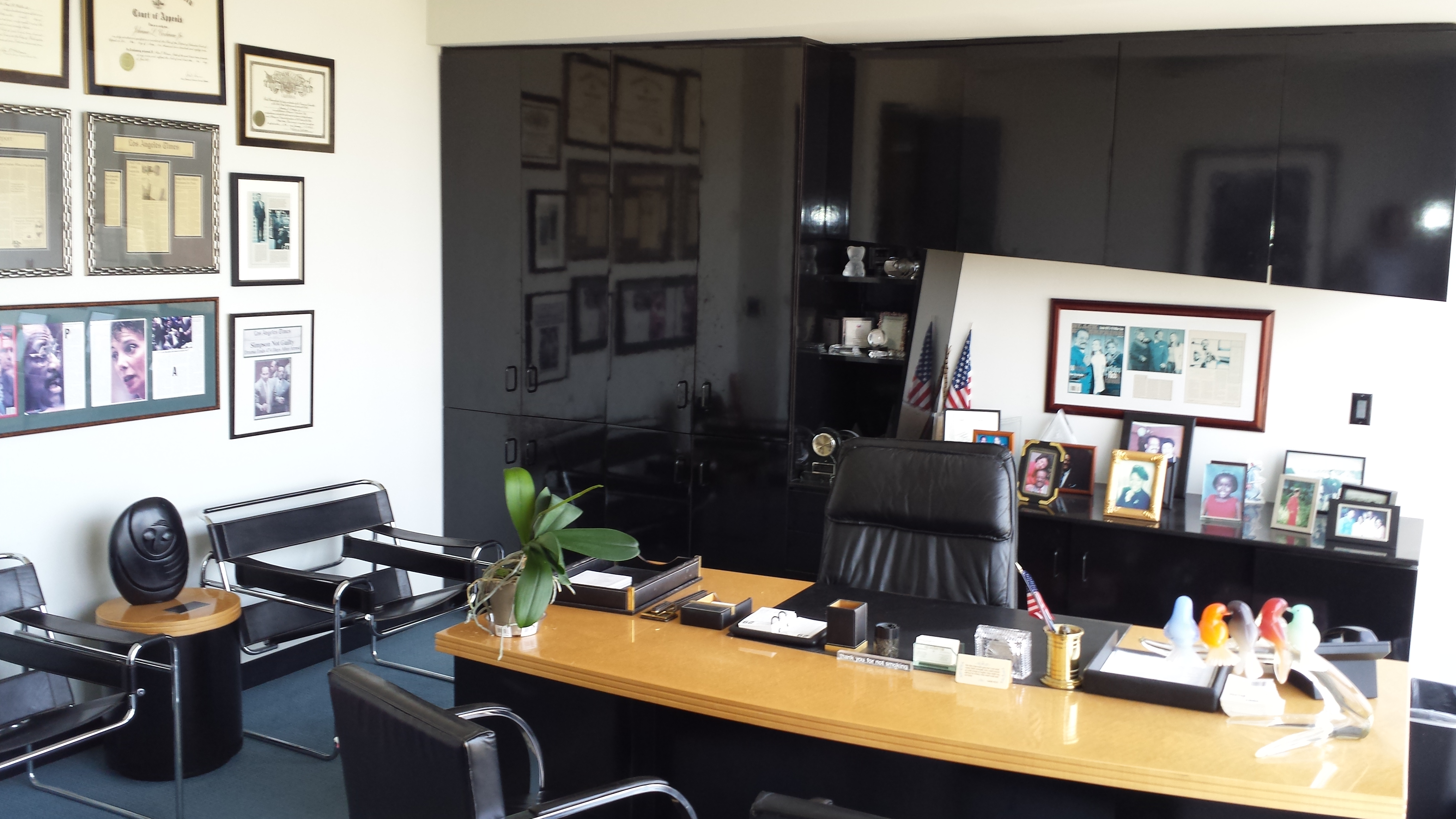 "Johnnie L Cochran, Jr." was an American lawyer best known for his leadership role in the defense and criminal acquittal of O. J. Simpson for the murder of his former wife Nicole Brown Simpson and her friend Ronald Goldman.

If you enjoy these quotes, be sure to check out other famous lawyers! More Johnnie Cochran on Wikipedia.

If it doesn't fit, you must acquit. 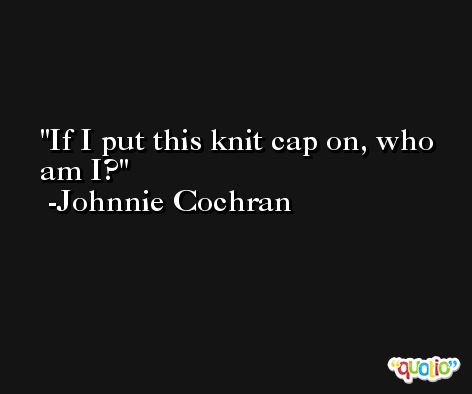 The only mention I'll make of the Simpson case is that it provided a sea-change for all of our lives. I'm still the same lawyer as I was before, but the opportunities were somewhat different and I was asked to move to New York, at least part of the time, to do a television show. 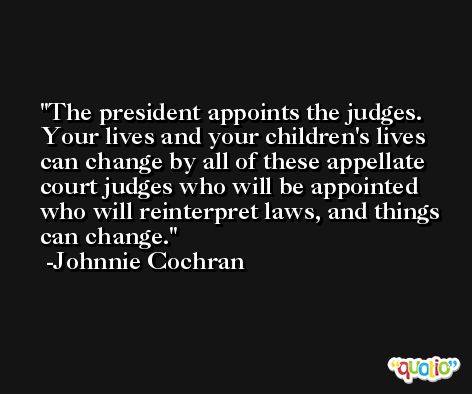 These were tragic deaths. I think that people don't understand that we, on the defense, felt that very strongly also.