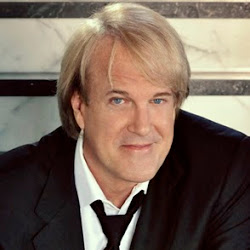 "John Frank Tesh" is an American pianist and composer of pop music, as well as a radio host and television presenter. His ten-year-old "Intelligence for Your Life" radio show reaches 14.2 million listeners/week, and is syndicated by Teshmedia on 400 stations in the U.S., Canada, and the UK. Tesh has won six music Emmys, has four gold albums, two Grammy nominations, and an Associated Press award for investigative journalism. Tesh has sold over eight million records. His live concerts have raised more than $20 million for PBS. He wrote the NBA on NBC basketball theme "Roundball Rock". He is also known as the co-host of the television program Entertainment Tonight. He has previously worked as a sportscaster for the Olympic Games, a news anchor and a reporter.

If you enjoy these quotes, be sure to check out other famous musicians! More John Tesh on Wikipedia.

He was a teammate. It would be like the catcher on the baseball team talking about what a jerk the pitcher was. It's just an unwritten rule that you don't do that. 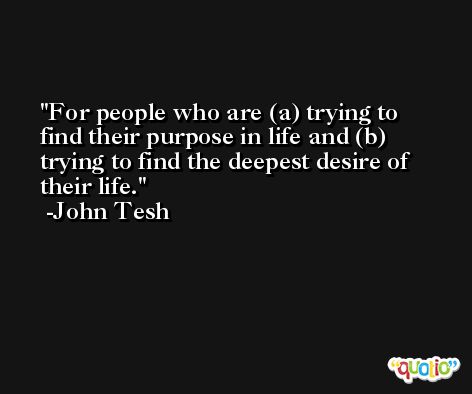 It will find a home somewhere -- it will be a news theme or something. It was a real blessing that that thing came along and that it caught on like it did.

It's so funny, because that theme has become so synonymous with basketball, and now that ABC's got it -- we actually contacted the guys at ESPN, and they said 'No, we're going to write a new theme. 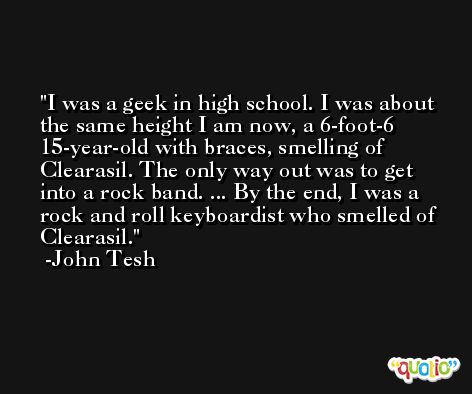