"John Edward Sexton" is the fifteenth President of New York University, having held this position since May 17, 2002, and the Benjamin Butler Professor of Law at the New York University School of Law. From 1988 to 2002, he served as Dean (education)/Dean of the NYU School of Law, during which time NYU became one of the top five law schools in the country according to U.S. News and World Report. From January 1, 2003 to January 1, 2007, he was the Chairman of the Board of the Federal Reserve Bank of New York; in 2006, he served as chair of the Federal Reserve System's Council of Chairs.

If you enjoy these quotes, be sure to check out other famous educators! More John Sexton on Wikipedia.

The time has come for the university to insist that the academic needs of its undergraduates be met. Those undergraduates in classes affected by the strike are understandably anxious about the disruption to their studies. Such disruption must not continue.

As soon as we got here, people were inviting us over to their houses for dinner. In Memphis, we never got invited over to anybody's house to eat. 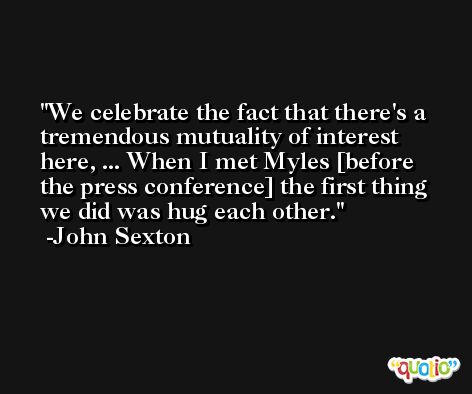 You can't predict at any point in a trial where it is or where it's going. We had objectives. We wanted to see the NIT preserved, preserved as a New York asset and wanted to try and create a world where it can become even better than it is.

The time has come to move this tournament to a new level, ... By putting the formidable expertise, commitment, assets and knowledge of the NCAA behind this tournament, what we've done is to take a New York icon and given it a chance to be something even better. 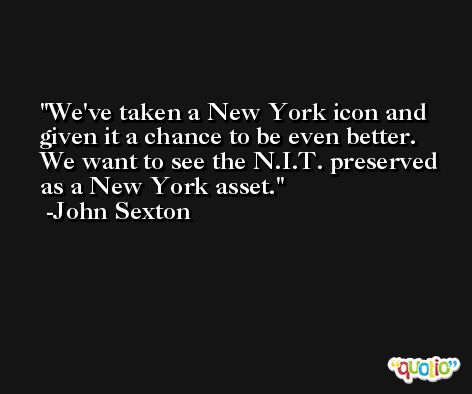 If I see our big post players in position, I won't hesitate to throw it down there.

The time has come to move this tournament to a new level. 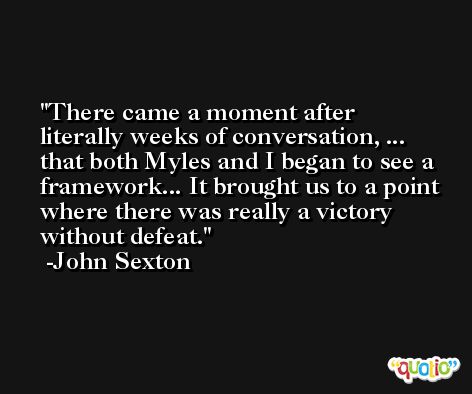