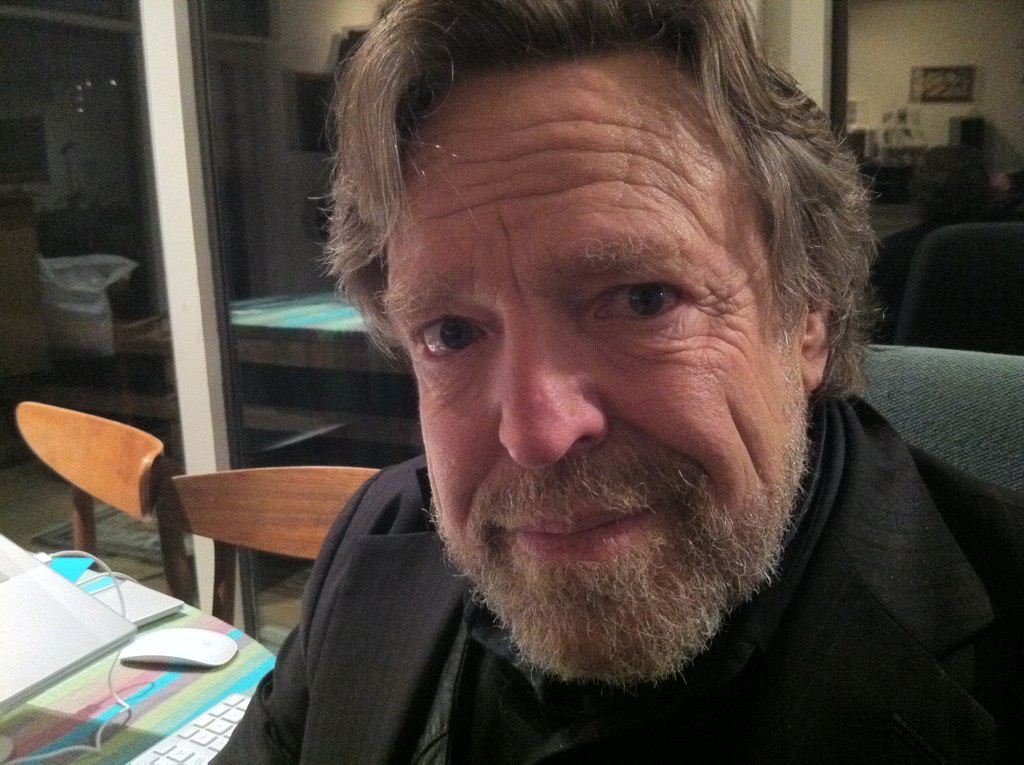 "John Perry Barlow" is an American poet and essayist, a retired Wyoming cattle rancher, and a cyberlibertarian political activist who has been associated with both the Democratic and Republican parties. He is also a former lyricist for the Grateful Dead and a founding member of the Electronic Frontier Foundation. Since May 1998, he has been a Fellow at Harvard University's Berkman Center for Internet and Society. He has been identified by Time (magazine)/Time magazine as one of the "School of Rock: 10 Supersmart Musicians".

If you enjoy these quotes, be sure to check out other famous writers! More John Perry Barlow on Wikipedia.

Our universities are so determined to impose tolerance that they'll expel you for saying what you think and never notice the irony.

The Internet treats censorship as a malfunction and routes around it. 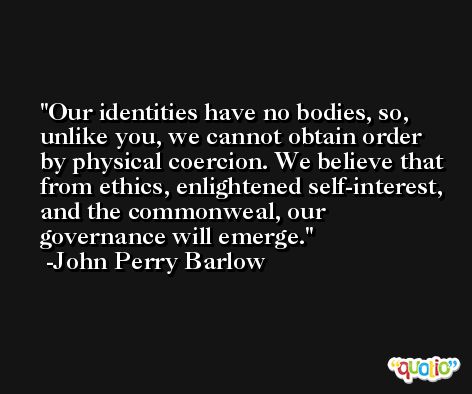 We will create a civilization of the Mind in Cyberspace. May it be more humane and fair than the world your governments have made before.

We were so lost in generica, I actually forgot what city we were in. 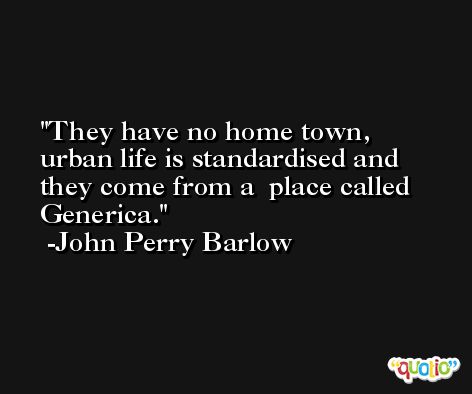 You do not know our culture, our ethics, or the unwritten codes that already provide our society more order than could be obtained by any of your impositions.

In Cyberspace, the 1st Amendment is a local ordinance.