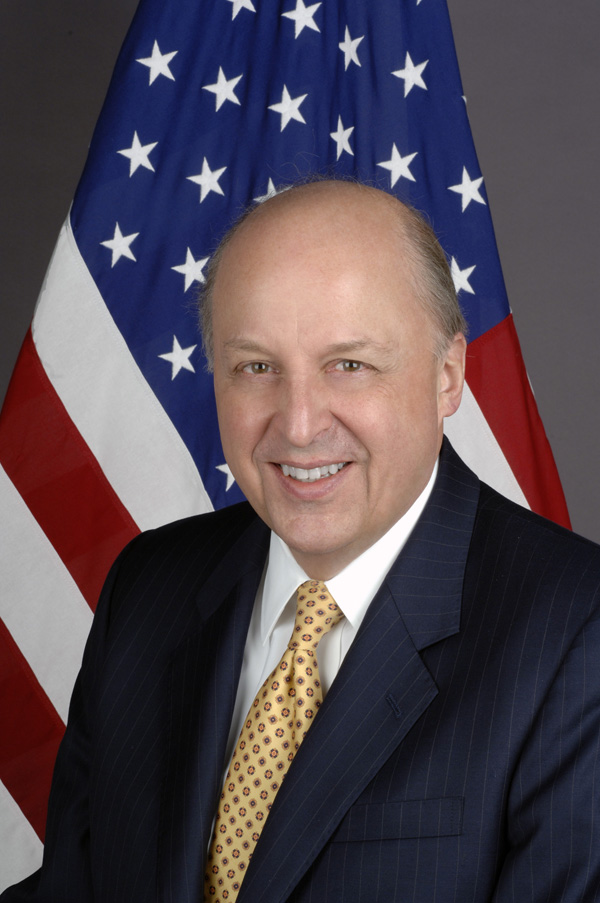 "John Dimitri Negroponte" is a United Kingdom/British - United States/American diplomat of Greeks/Greek ancestry. He is currently a research fellow and lecturer in international affairs at Yale University's Jackson Institute for Global Affairs. Prior to this appointment, he served as the United States Deputy Secretary of State and as the first ever Director of National Intelligence.

Surely, at some point, it may prove desirable that they be brought to prosecution, to face justice. But that is something that I think will have to be decided in the future.

It's got a huge amount of ambiguity in it. 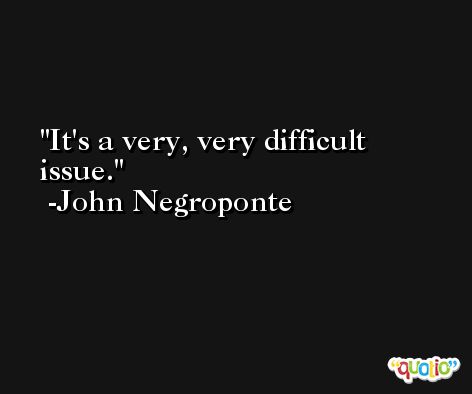 Hastens the day when the people of Iraq are in full command of their own affairs.

They have provided some valuable intelligence information with respect to the war on terror. 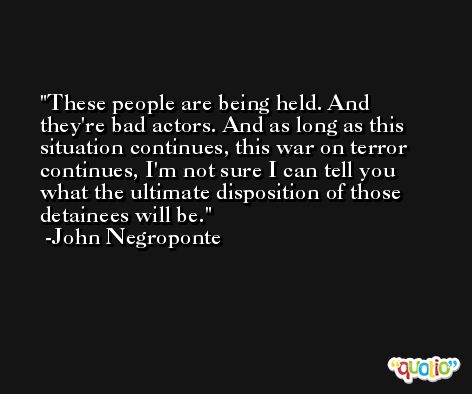 It's conceivable that they are exaggerating their progress, but I don't have any knowledge to confirm that. ... This is a very, very high priority, acquiring information about their nuclear program.

Certainly, we know where the key installations are. Are there others that we're not aware of at all? You don't know what you don't know. 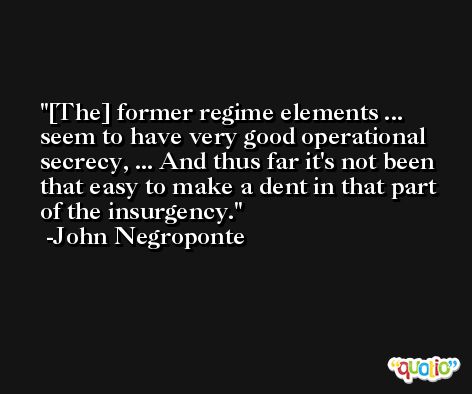