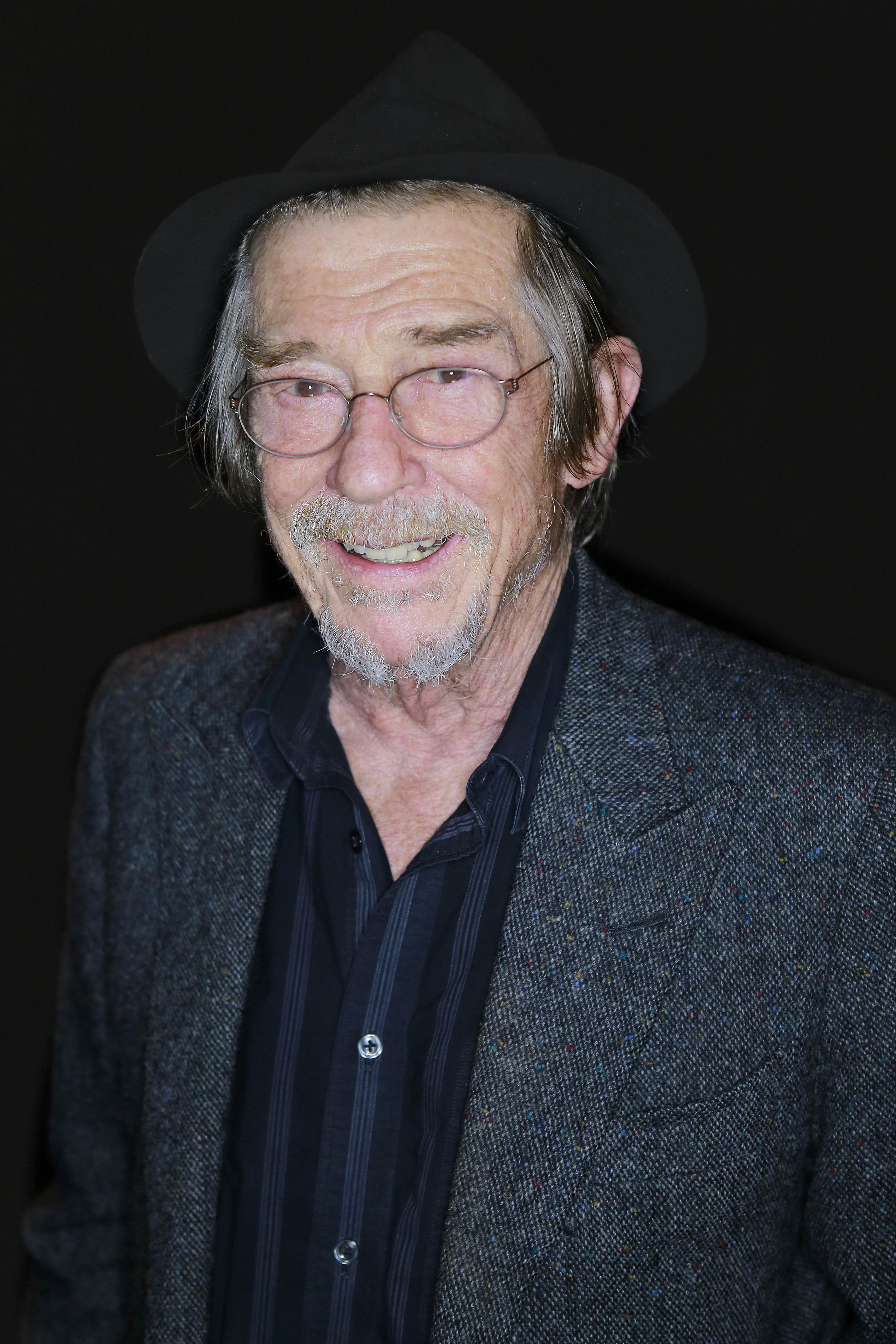 "Sir John Vincent Hurt", is an English actor. Among other honours, he has received two Academy Award nominations, a Golden Globe Award, and four BAFTA Awards, with the fourth being a Lifetime Achievement recognition.

Hurt is known for his leading roles as deformed man Joseph Merrick/John Merrick in David Lynch's biopic The Elephant Man (film)/The Elephant Man (1980), Winston Smith in the dystopian drama Nineteen Eighty-Four (film)/Nineteen Eighty-Four (1984), Mr. Braddock in the Stephen Frears drama The Hit (1984 film)/The Hit (1984), Stephen Ward in the drama depicting the Profumo affair, Scandal (1989 film)/Scandal (1989), Quentin Crisp in the TV film The Naked Civil Servant (film)/The Naked Civil Servant (1975) and the biographical drama An Englishman in New York (film)/An Englishman in New York (2009), and Caligula in the TV series I, Claudius (TV series)/I, Claudius (1976). Recognisable for his distinctive rich voice, he has also enjoyed a successful voice acting career in films such as Watership Down (film)/Watership Down (1978), the animated The Lord of the Rings (1978 film)/The Lord of the Rings (1978), and Dogville, as well as the BBC television series Merlin (TV series)/Merlin. He portrayed the War Doctor in the Doctor Who 50th anniversary special "The Day of the Doctor", following brief appearances in previous episodes.

If you enjoy these quotes, be sure to check out other famous actors! More John Hurt on Wikipedia.

I think the director, John Huston, took on the picture because he's been trying to outdo his father, Walter Huston, and that's impossible. How do you cope with a genius? I couldn't communicate with my own father.

I put everything I can into the mulberry of my mind and hope that it is going to ferment and make a decent wine. How that process happens, I'm sorry to tell you I can't describe. 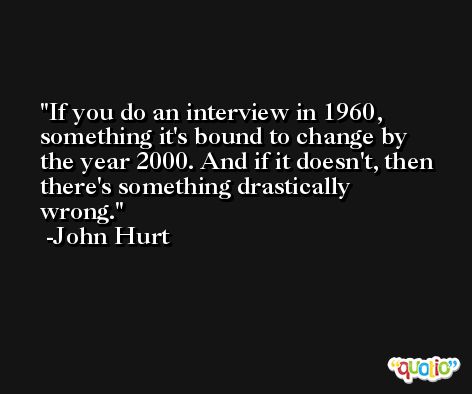 It's an immensely competitive business, and I can tell you the older you get, the parts are fewer, and the people who are proven performers are greater.

I was keen on sports-that's how my nose got this way. It's not actually broken; the nose was just pushed up a little bit and moved over. It's an aquiline nose, quite Irish. 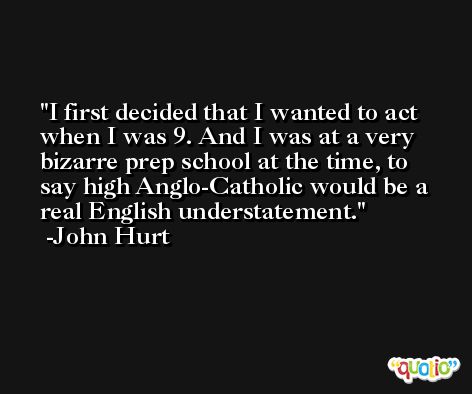 His life has really opened up since I made him a Senator.

I left drama school and went straight into a 10-week film for which I was paid $75 I might say, which for 1962 was one heck of a lot of money.