"John Hope Franklin" was an American historian of the United States and former president of Phi Beta Kappa, the Organization of American Historians, the American Historical Association, and the Southern Historical Association. Franklin is best known for his work From Slavery to Freedom, first published in 1947, and continually updated. More than three million copies have been sold. In 1995, he was awarded the Presidential Medal of Freedom, the nation's highest civilian honor.

If you enjoy these quotes, be sure to check out other famous historians! More John Hope Franklin on Wikipedia.

'We know all too little about the factors that affect the attitudes of the peoples of the world toward one another. It is clear, however, that color and race are at once the most important and the most enigmatic.'

I'm just waiting to see if it will happen. I've been disillusioned so many times before. It's 2006, and there's nothing in the nation's capital to show what happened to African-Americans. Nothing. 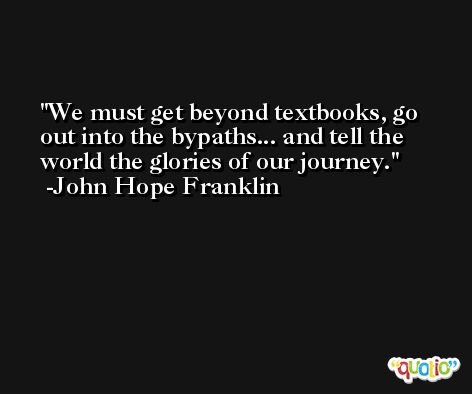 If we only have five families that want to relocate, that is wonderful, ... We will have done what we should. 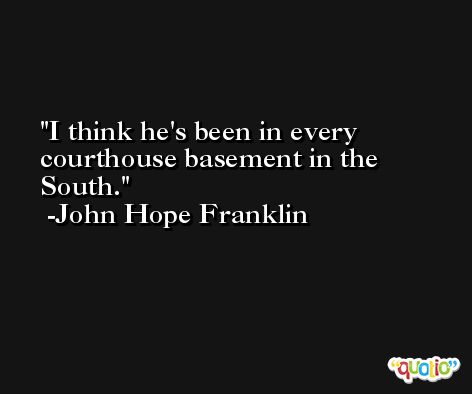 There's a great desire in people after a tragedy like this to go back to their lives as it was, ... This may not be possible for some.

I grew up thinking that you were supposed to read and write all your waking hours. 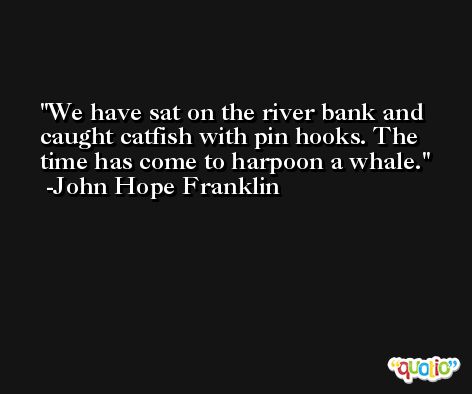 I want to be out there on the firing line, helping, directing or doing something to try to make this a better world, a better place to live. 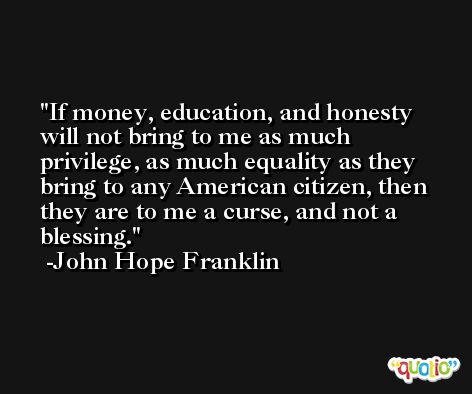 We also learn that this country and the Western world have no monopoly of goodness and truth and scholarship, we begin to appreciate the ingredients that are indispensable to making a better world. In a life of learning that is, perhaps, the greatest lesson of all.

One feels the excitement of hearing an untold story. 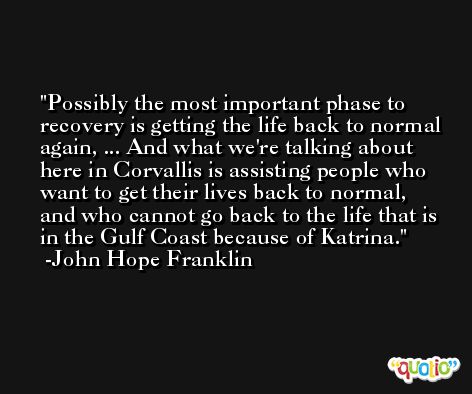 What we are having difficulty with right now is finding the voice. 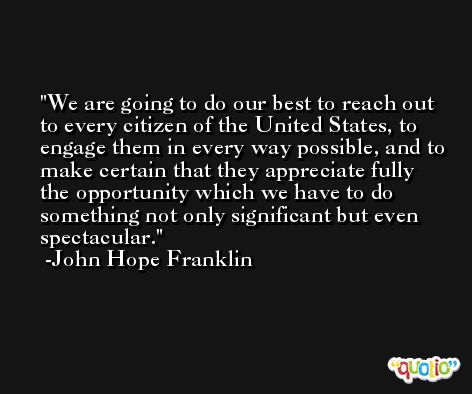