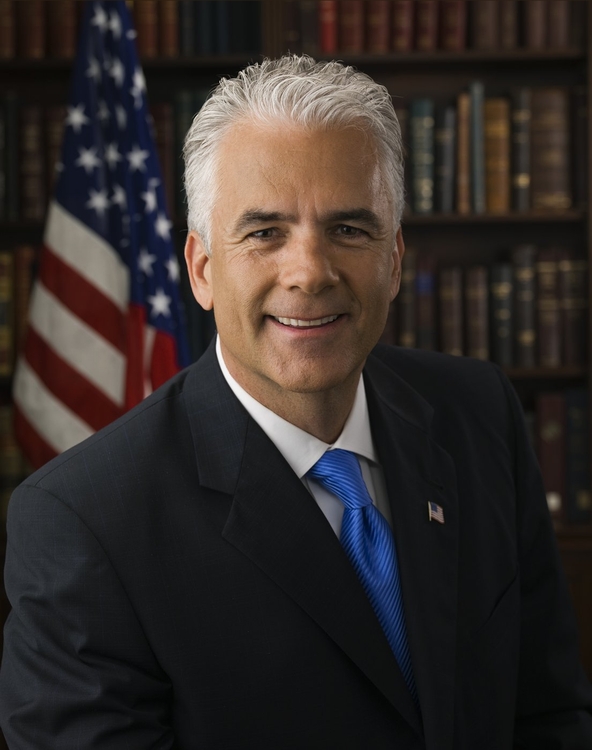 Ensign renewed his practice as a veterinarian and works at Boca Park Animal Hospital.

If you enjoy these quotes, be sure to check out other famous politicians! More John Ensign on Wikipedia.

Politics is still local, and I think Sen. Reid in a Republican state would probably cause as many problems as he would solve.

The time has come to put an end to the practice of slaughtering horses in America. 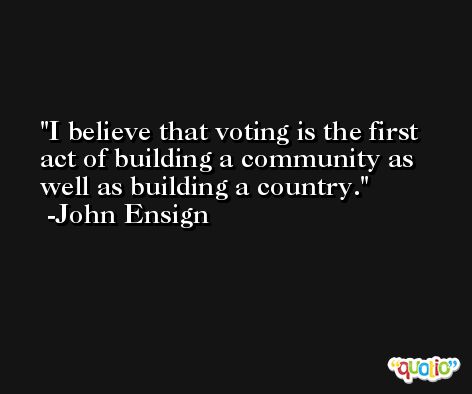 We all have a commitment to this and we need to keep our eye on the ball.

I respect him. I disagree with him on a lot of issues, and we fight for what we believe in on our various issues. But we never attack each other personally, we give each other space when we disagree, and it works out very, very well. 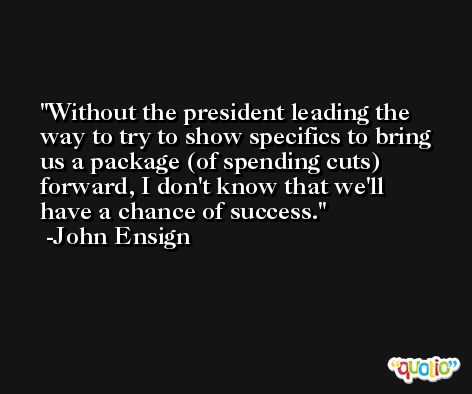 Our staff over the next couple months will be looking at the Healthy Forests Initiative to figure out how we can do this.

The act of voting by ordinary Iraqis in the face of extreme danger confirms President Bush's belief that people around the globe, when given a chance, will choose liberty and democracy over enslavement and tyranny. 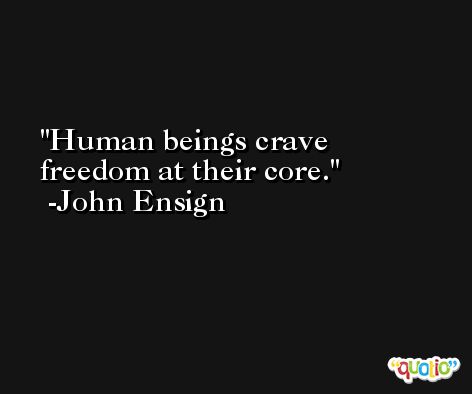