Engler has spent most of his adult life in government. He was serving in the Michigan Senate when he enrolled at Thomas M. Cooley Law School, and graduated with a Juris Doctor degree, having served as a Michigan Senate/Michigan State Senator since 1979. He was elected Senate Majority Leader in 1984 and served there until elected governor in 1990.

In 2013, Engler joined the advisory board of Blackford Capital's Michigan Prosperity Fund as chairman.

If you enjoy these quotes, be sure to check out other famous politicians! More John Engler on Wikipedia.

Made markets even more nervous. 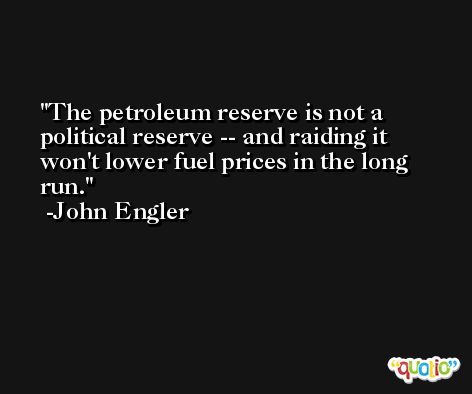 After seeing the widespread damage first-hand, my heart goesout to those who have lost their loved ones and their homes, ... The devastation to so many is beyond description.

I am proud to accept your endorsements and I pray to God that I may live up to your expectations, ... You have my word that I will do my very, very best. 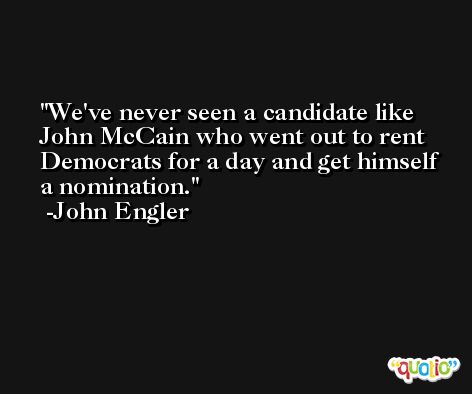 Bill Clinton and Al Gore are yesterday's news, and I think there's very little to be gained by talking about them.

This is unacceptable, ... If our country had had a coherent energy policy over the last eight years, then we'd be prepared for temporary shortfalls and disruptions. But the fact is we aren't. 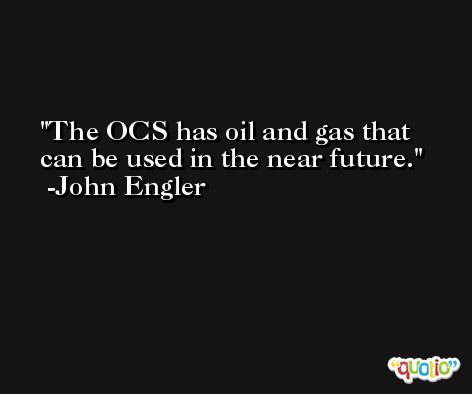