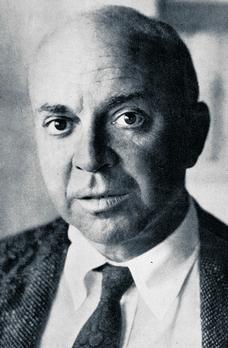 "John Roderigo Dos Passos" was a radical American novelist and artist active in the first half of the twentieth century. He was born in Chicago, Illinois, and he went on to Harvard College, graduating in 1916. He was well-traveled, visiting Europe and the Middle East, where he learned about literature, art, and architecture. During World War I he was a member of the American Volunteer Motor Ambulance Corps in Paris and Italy, later joining the United States Army/U.S. Army Medical Corps (United States Army)/Medical Corps.

In 1920 he had his first novel published, One Man's Initiation: 1917, and in 1925 his Manhattan Transfer (novel)/Manhattan Transfer became a commercial success. In 1928, he went to the Soviet Union to study socialism, and later became a leading participator in the April 1935 First American Writers Congress sponsored by the Communist Party USA/communist-leaning League of American Writers. He was in Spain in 1937 during the Spanish Civil War, when the murder of good friend José Robles soured his attitude toward communism and severed his relationship with fellow writer Ernest Hemingway.

If you enjoy these quotes, be sure to check out other famous novelists! More John Dos Passos on Wikipedia.

In times of change and danger when there is a quicksand of fear under men's reasoning, a sense of continuity with generations gone before can stretch like a lifeline across the scary present. 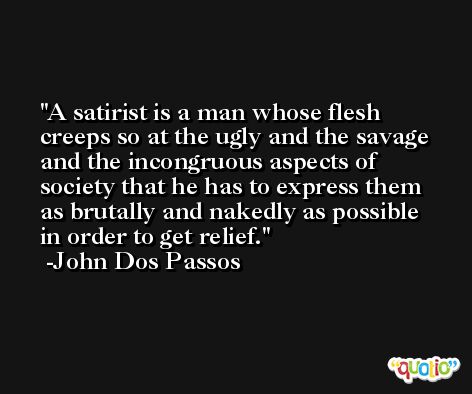 We are two nations.

People don't choose their careers; they are engulfed by them. 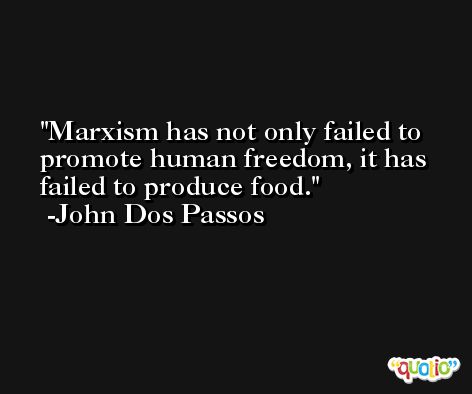