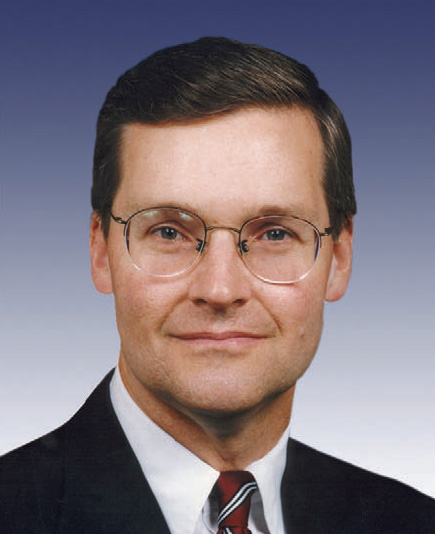 If you enjoy these quotes, be sure to check out other famous politicians! More John Doolittle on Wikipedia.

Dams are politically incorrect, even though levees are inherently unstable.

As a conservative, it troubles me that we would blow this kind of an opportunity. Maybe it's not blown. But it's an act of faith at this point. President Bush knows and the rest of us don't. 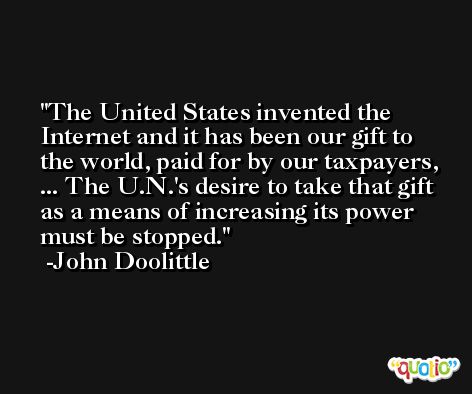 We face a crisis in pricing that is coming right at us.

A district attorney can indict anyone for anything, and it's not surprising that this DA has once again misused his powers to trump up charges against a Republican. 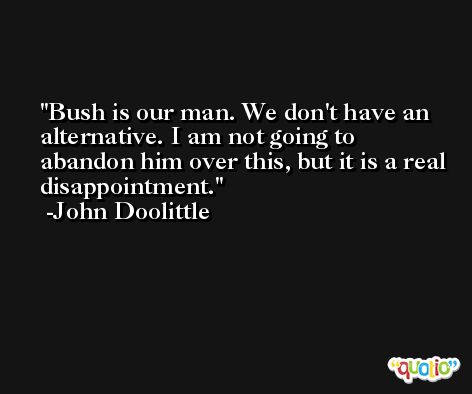 This sounds like more of the same from heavy-handed U.N. bureaucrats, ... Whether they call it a 'board' or a 'forum' it's clear that the ultimate goal of the U.N. is still to wrest control of the Internet.

Have somebody of a high caliber and someone with a demonstrated track record of making courageous decisions by the Constitution. 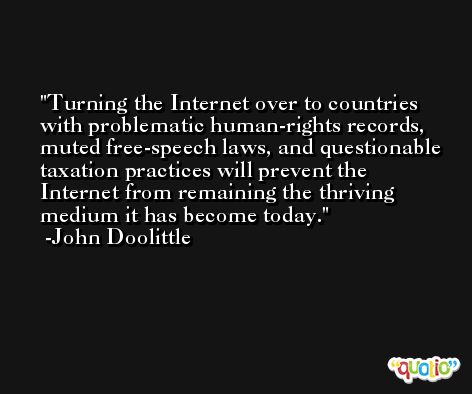