"John Wesley Dean III" served as White House Counsel for United States President Richard Nixon from July 1970 until April 1973. In this position, he became deeply involved in events leading up to the Watergate burglaries and the subsequent Watergate scandal cover-up. He was referred to as the "master manipulator of the cover-up" by the Federal Bureau of Investigation (FBI). He pleaded guilty to a single felony count, in exchange for becoming a key witness for the prosecution. This ultimately resulted in a reduced prison sentence, which he served at Fort Holabird outside Baltimore, Maryland.

If you enjoy these quotes, be sure to check out other famous lawyers! More John Dean on Wikipedia.

It's something I had never heard before Magruder made it, and I can't say that I have any evidence that [he is] right.

Rove had no idea what the specific consequences of giving a reporter the name of a CIA agent [about whom he says he knew nothing] would be. 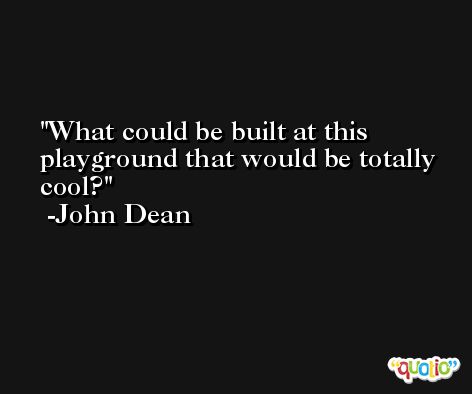 I knew that these weren't just positions he held but that he knew why he believed what he did. His beliefs weren't hastily considered, but very carefully considered, ... Just be as mean and rough as they said you were.

I will give you one last bit of advice because you're going to be independent, naturally. And that is: don't let the fact that you're under heat change any of your views...So just be as mean and rough as they said you were. 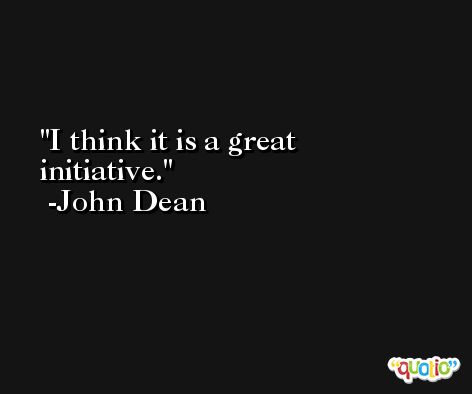 That's when I realized that somebody like Rehnquist was absolutely ideal.

I think he'll have a very profound legacy. He has nudged the court to the right. 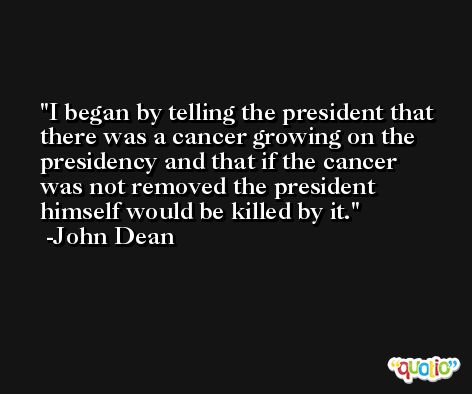