"William John Howarth Corlett," Queens Counsel/QC, Bachelor of Laws/LL.B was Monarch/Her Majesty's Attorney General (Isle of Man)/Attorney General for the Isle of Man and ex-officio member/ex officio Member of the Legislative Council from 1998 to 2011.

We just launched a petition campaign. We think it's almost unconscionable that as prices rise higher and higher, the state is reaping a windfall while motorists are suffering.

It will become a battle for who gets the funding. The solution should be around how to promote higher education, not how to strangle it. 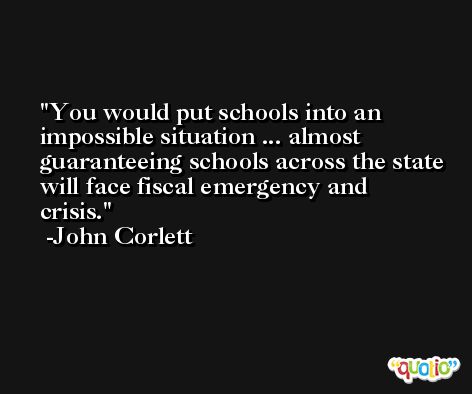