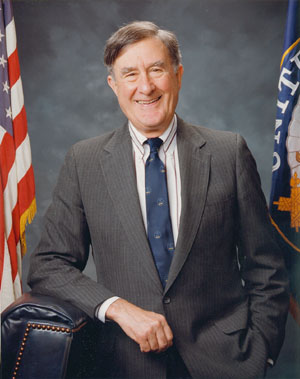 If you enjoy these quotes, be sure to check out other famous politicians! More John Chafee on Wikipedia.

[Rhode Island Republican Sen. John Chafee said he supports calling witnesses in a limited fashion.] We've got to carefully screen them (witnesses) so that every Tom, Dick, and Harry they want can't show up, ... It's got to be limited. And I just think it can work out in a tightly constricted fashion.

I think that it would be pretty hard to do this -- the censure route --without ... talking at all with the White House, the people who are going to be censured. 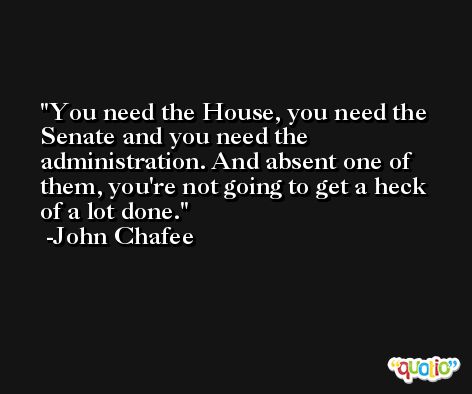 Overshadowing all has been the president's reckless, tawdry behavior, coupled with misleading statements that have undermined the dignity of the presidency, and brought about a divisive and unpleasant chapter in our history.

The momentum that we were building toward consensus on a child care bill ... has sputtered out, ... It's going to take a stronger and much more active push from the White House to get the proverbial ball rolling again. 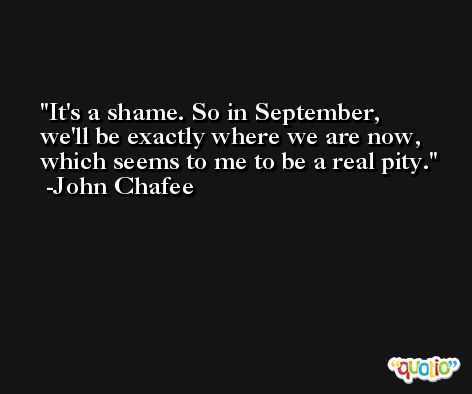 Now is certainly not the time for Congress to embark on massive tax cuts or spending programs predicated on revenues we have not yet received. Caution, not exuberance, should be our fiscal motto.

The world must understand that the responsibility for these military strikes lies not with the United States or its allies, but at the doorstep of Slobodan Milosevic.... Our diplomats, together with those of our British, French and German allies, have gone the extra mile to give Serbia the opportunity for peace. President Milosevic has chosen military confrontation instead.