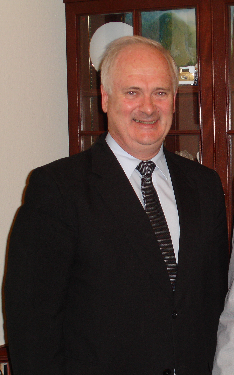 "John Gerard Bruton" is an Irish politician who served as Taoiseach of Republic of Ireland/Ireland from 1994 to 1997. A minister under two Taoiseach/taoisigh, Liam Cosgrave and Garret FitzGerald, Bruton held a number of the top posts in Government of Ireland/Irish government, including Minister for Finance (Ireland)/Minister for Finance (1981–1982 and 1986–1987), and Minister for Jobs, Enterprise and Innovation/Minister for Industry, Trade, Commerce and Tourism (1983–1986). He became leader of Fine Gael in 1990 and served as Taoiseach from 1994 until 1997, leading the 24th Government of Ireland/Rainbow Coalition government of Fine Gael–Labour Party (Ireland)/Labour Party–Democratic Left (Ireland)/Democratic Left.

Bruton was first elected to Dáil Éireann as a Teachta Dála/TD for Meath (Dáil Éireann constituency)/Meath in 1969, and served continuously until his retirement from domestic politics in 2004. He served as the Ambassador of the European Union to the United States from 2004–2009, and is a former Vice-President of the European People's Party (EPP).

If you enjoy these quotes, be sure to check out other famous politicians! More John Bruton on Wikipedia.

That is an important step in normalization, ... They are a big country, but they are another country just like anyone else.

We don't know about the other refugees, and I think we need to bear in mind that there is a situation of considerable potential danger in eastern Zaire at the present time. 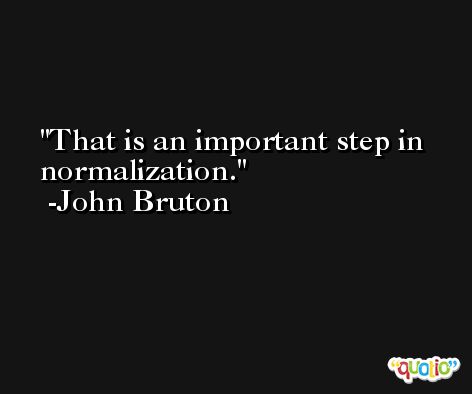 We don't know how many are returning.

We will not be making any further offers on agriculture at this point. We are now looking for others to show progress in other areas.