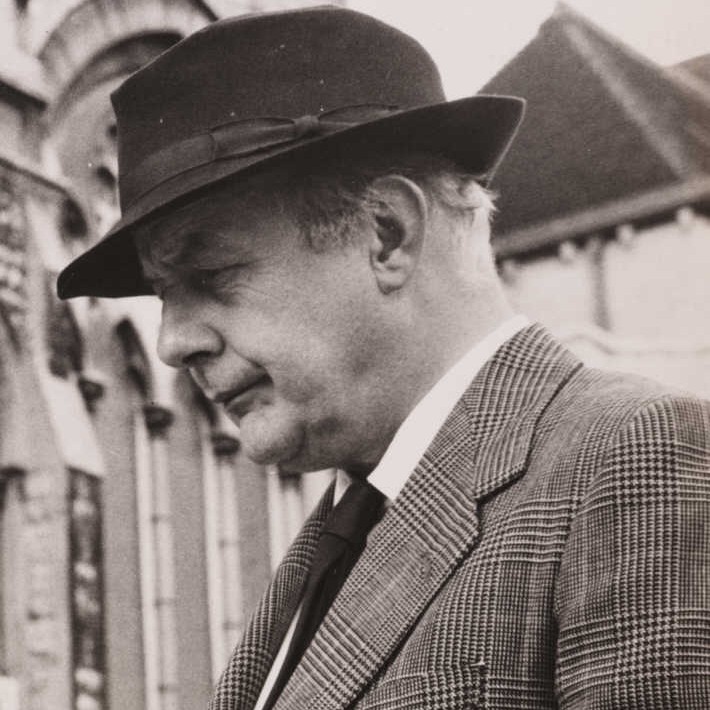 "Sir John Betjeman", Commander of the Order of the British Empire/CBE (; 28 August 190619 May 1984) was an English poet, writer and broadcaster who described himself in Who's Who (UK)/Who's Who as a "poet and Hack writer/hack". He was Poet Laureate of the United Kingdom from 1972 until his death.

He was a founding member of the Victorian Society and a passionate defender of Victorian architecture. Starting his career as a journalist, he ended it as one of the most popular British Poets Laureate and a much-loved figure on British television.

If you enjoy these quotes, be sure to check out other famous poets! More John Betjeman on Wikipedia.

I don't think I am any good. If I thought I was any good, I wouldn't be.

Phone for the fish-knives, Norman, / As Cook is a little unnerved; / You kiddies have crumpled the serviettes / And I must have things daintily served. 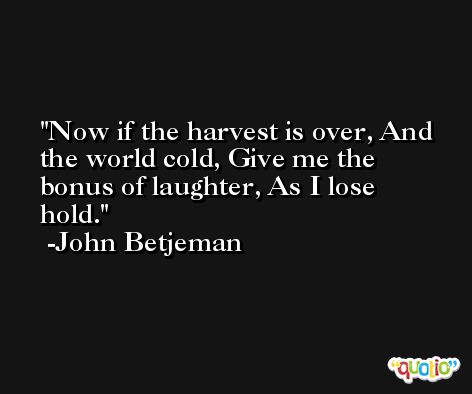 Come, friendly bombs, and fall on Slough. / It isn't fit for humans now. 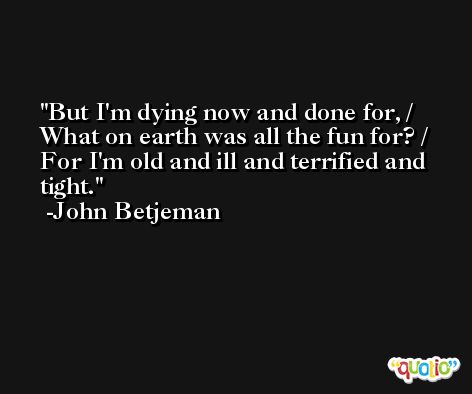 The Church's Restoration / In eighteen-eighty-three / Has left for contemplation / Not what there used to be.

Silver and ermine and red faces full of port wine. 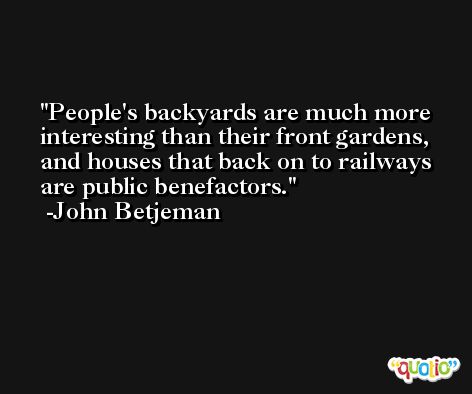