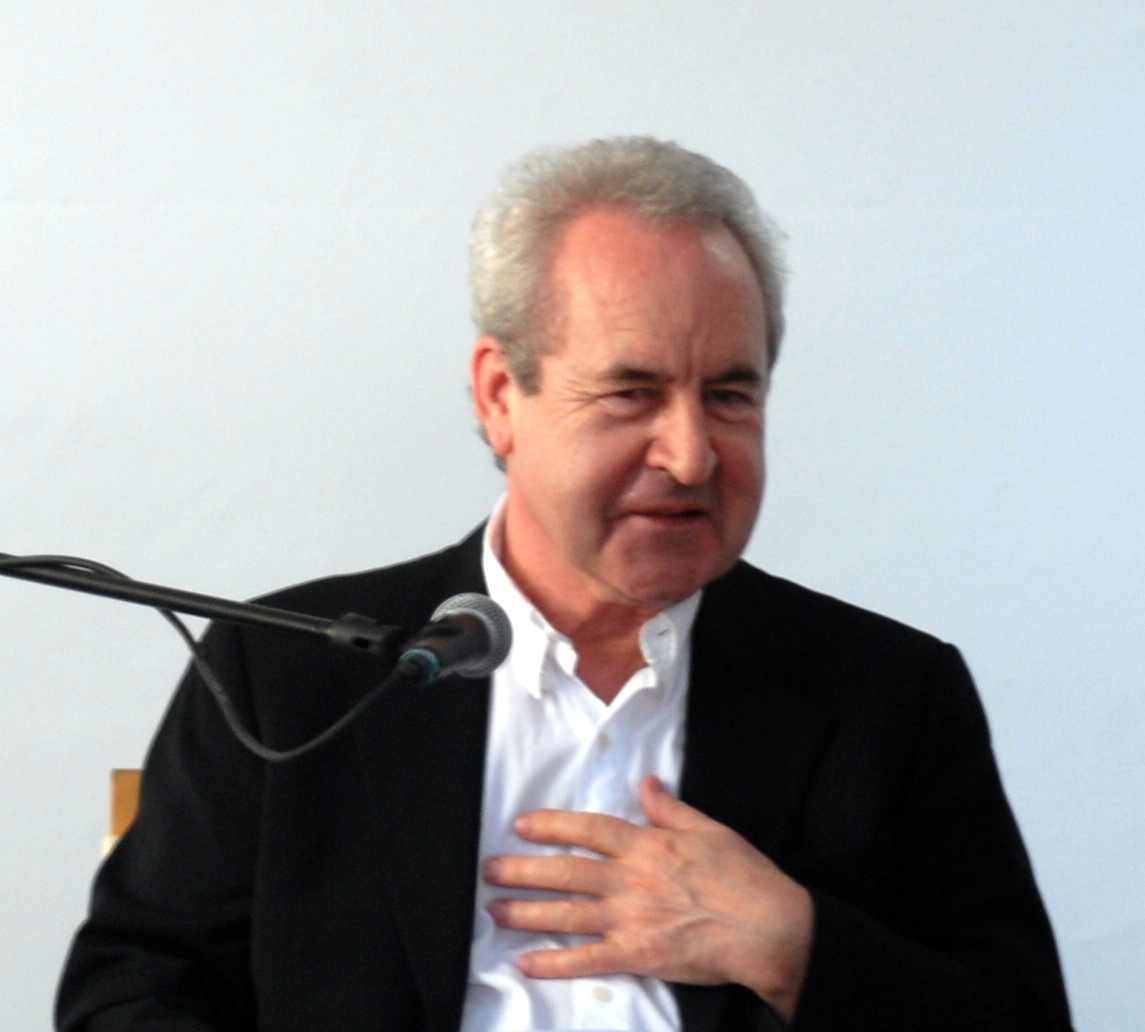 "William John Banville", who writes as "John Banville" and sometimes as "Benjamin Black", is an List of Irish novelists/Irish novelist, Literary adaptation/adapter of dramas, and screenwriter. Recognised for his precise, cold, forensic prose style, Vladimir Nabokov/Nabokovian inventiveness, and for the dark humour of his generally arch narrators, Banville is considered to be "one of the most imaginative literary novelists writing in the English language today." He has been described as "the heir to Marcel Proust/Proust, via Nabokov."

Banville has received numerous awards in his career. His novel The Book of Evidence was shortlisted for the Man Booker Prize/Booker Prize and won the Guinness Peat Aviation award in 1989. His fourteenth novel, The Sea (novel)/The Sea, won the Booker Prize in 2005. In 2011, Banville was awarded the Franz Kafka Prize, while 2013 brought both the Irish PEN Award and the Austrian State Prize for European Literature. In 2014 he won the Prince of Asturias Award in Letters. He is considered a contender for the Nobel Prize in Literature. Banville's stated ambition is to give his prose "the kind of denseness and thickness that poetry has".

He has published a number of crime novels as Benjamin Black, most featuring Quirke (series)/Quirke, an Irish pathologist based in Dublin.

The English did many terrible things but one great thing you did was give us this extraordinary language ... and it works for us.

I didn't envy the judges their task this year. Obviously the novel is far from dead. 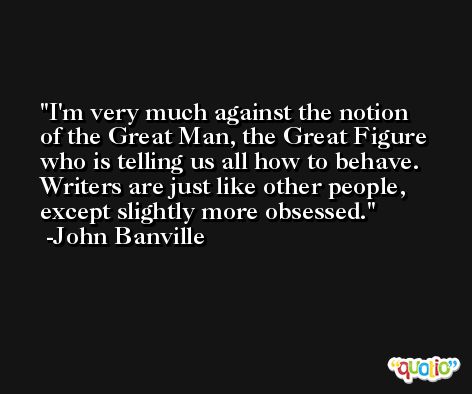 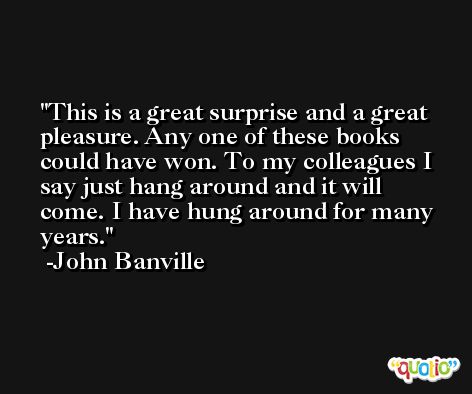 The public adulation for Saturday was worrying because here was a 9/11 book that everyone was praising to the sky, making into a bestseller, and it was not a good book for McEwan, who is a very, very good writer. But maybe I shouldn't have been so pompous.

Someone said the best gift a man can give his son is to die young. When you think about it, it's true. I was in my early 30s and I did feel freed by it, awful as it is to confess.