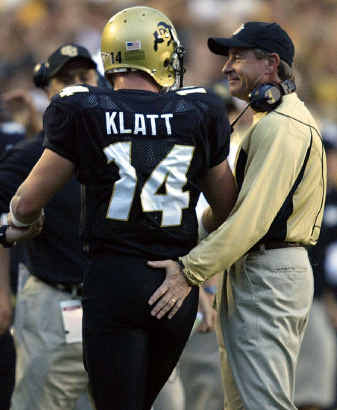 "Joel Klatt" (born February 4, 1982) is a talk radio personality on 104.3FM "The Fan" in Denver, Colorado, partnered with longtime Denver Sports Radio personality Mike Evans, and current analyst for Fox Sports 1. Klatt played college football for the University of Colorado at Boulder/University of Colorado (CU) Colorado Buffaloes/Buffaloes before turning professional. He was the first 3 year starter at QB since Kordell Stewart ('92–'94). He also played minor-league baseball for two seasons. He was not drafted in the 2006 NFL Draft but he did attend the Detroit Lions' and New Orleans Saints' rookie mini-camps after the draft. New Orleans signed him to a free-agent contract after their mini-camp, but then released him 11 days later on June 2, 2006. The Lions then claimed him off waivers less than a week later, but Klatt was released on August 27, 2006, before the start of the regular season.

We seemed to move the ball OK. And we'd have our opportunities at first down and things like that, but they really played well. ... We've just got to learn from our mistakes. You can't make mistakes against Miami.

Building up all week. The intensity has definitely picked up quite a bit. 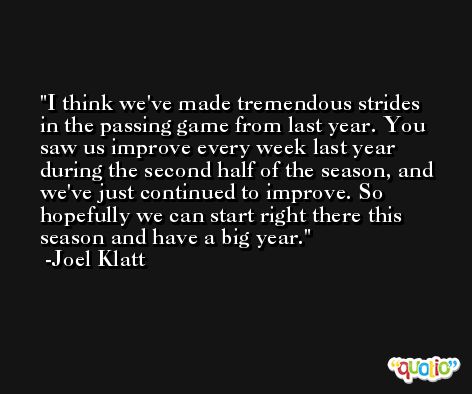 We just stuck together and decided to fight our way through, put our heads down ... way back two springs ago. I think that has carried on all the way through. Last year's seniors taught this team how to work hard, how to not worry about what's going on around them, (to) just focus on internal issues.

But after that game, I knew it was up to the seniors to make sure no one was looking past New Mexico State - especially with the type of team Miami has been the last few years. I know that everyone on our team is very excited to get this opportunity to play them at their place. 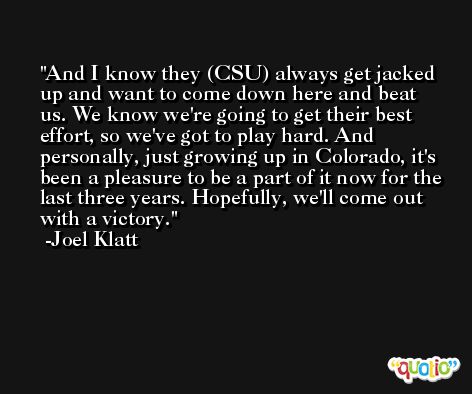 I think it's important to most of us because of exactly what it provides to the whole program. Obviously, the whole department gets a little national respect. Hopefully, we go down there and put together a solid effort and get recognized on a national stage where we feel we belong.

Team-wise, it's such an important game for us because we know how well CSU plays against us. 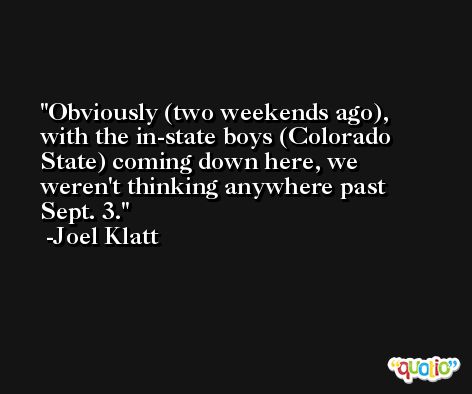