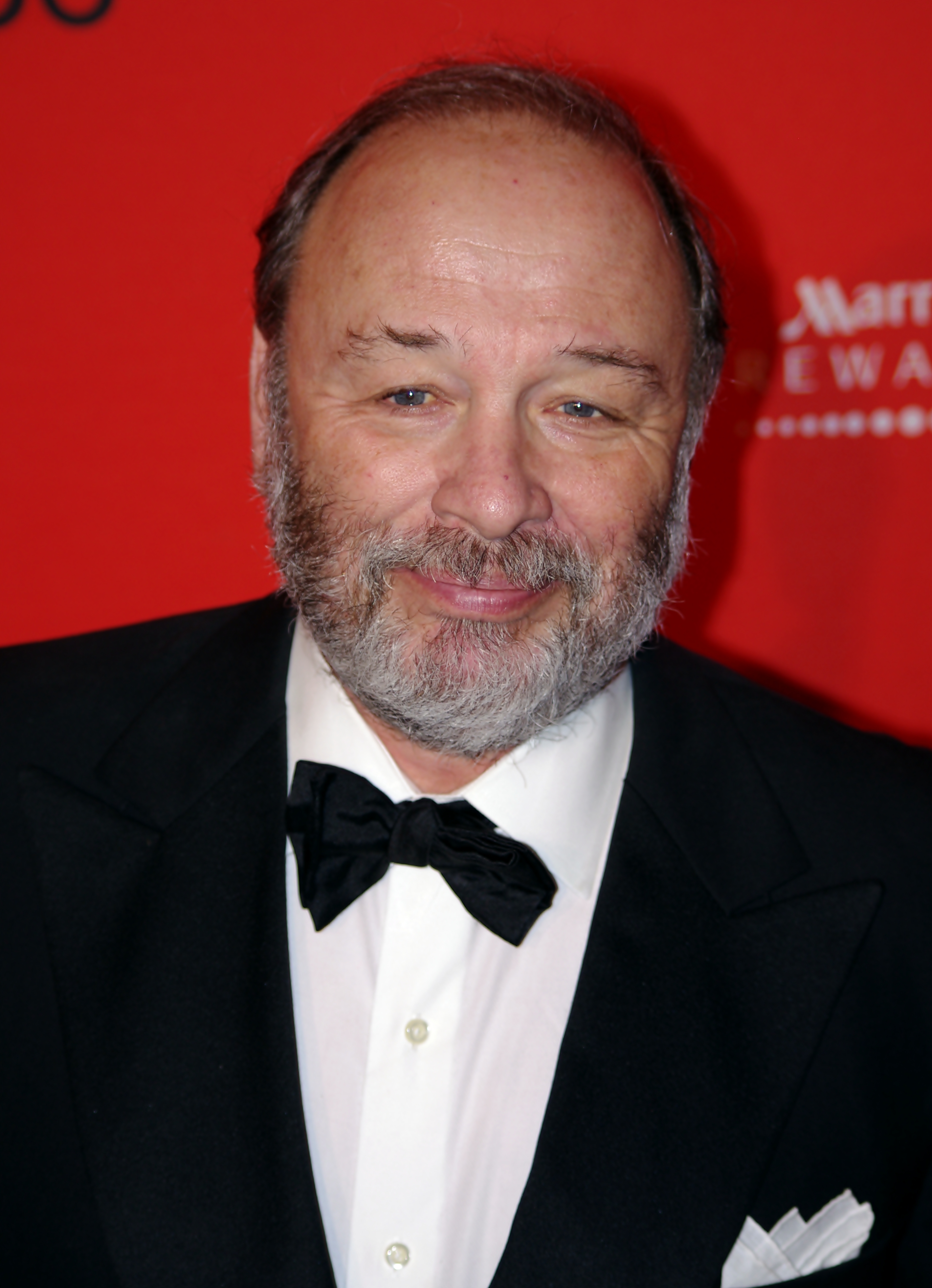 "Joe Klein" is an American journalist and columnist. He is the political columnist for Time (magazine)/Time magazine and is known for his novel Primary Colors (book)/Primary Colors, an anonymously written roman à clef portraying Bill Clinton’s first presidential campaign. Klein is currently a member of the Council on Foreign Relations and is a former Guggenheim Fellowships/Guggenheim Fellow. In April 2006 he published Politics Lost, a book on what he calls the “pollster–consultant industrial complex.” He has also written articles and book reviews for The New Republic, The New York Times, The Washington Post, LIFE (magazine)/Life, and Rolling Stone.

If you enjoy these quotes, be sure to check out other famous journalists! More Joe Klein on Wikipedia.

This record speaks to not only the caliber of play on the field, but to the support of our fans over the years. Congratulations to the fans, the staffs and the players for making the league such a success.

A lot of it was purely fictional, speculation on my part. I figured the reaction from the White House was that whoever wrote this thing had no idea what the Clintons were all about. Then, shockingly, people in the White House started accusing each other of having written it. That reaction was what really set if off. 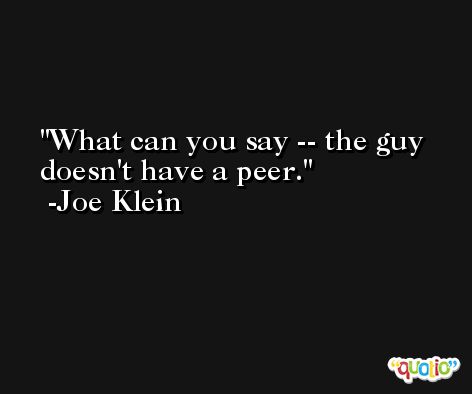 I had never collected a royalty check in my life and I didn't expect to get one for `Primary Colors,'.

Ever since the George McGovern disaster of 1972, the party has routinely chosen technocratic moderates for standard-bearers. 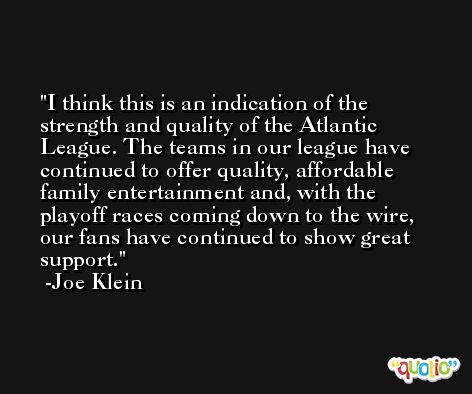 The response by Microsoft is essentially a meaningless response.