In the 2003-2004 campaign, the Cougars went 28-4, establishing school records for wins and winning percentage. The Cougars won both the Conference USA regular season and tournament titles. That qualified them for a number 3 seed in the tournament. For his success, he achieved national coach of the year honors by several media outlets.

Curl was awarded the US Basketball Writers Association (USBWA) Coach of the Year award in 2004.

From 2000-2005, Curl's staff included Todd Buchanan who would ultimately serve as head coach of Houston upon his retirement.

We lost to the better basketball team. We'd like to see Rice win the whole thing because we lost to them.

Percentages are relative to what's going on out on the court, and if we miss an easy shot, our kids try to make up for it on the defensive end. 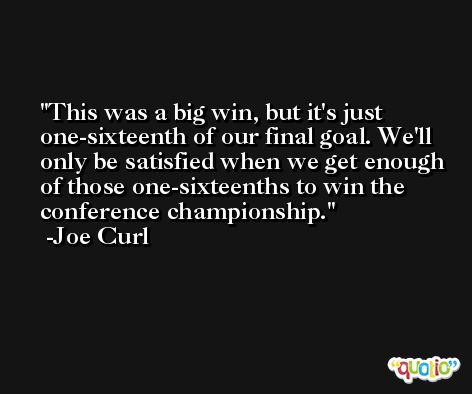 I didn't think it was one-sided at all. We didn't get into the bonus in either half, but teams can play good defense without fouling. To be honest I didn't see a lot of fouls out there.