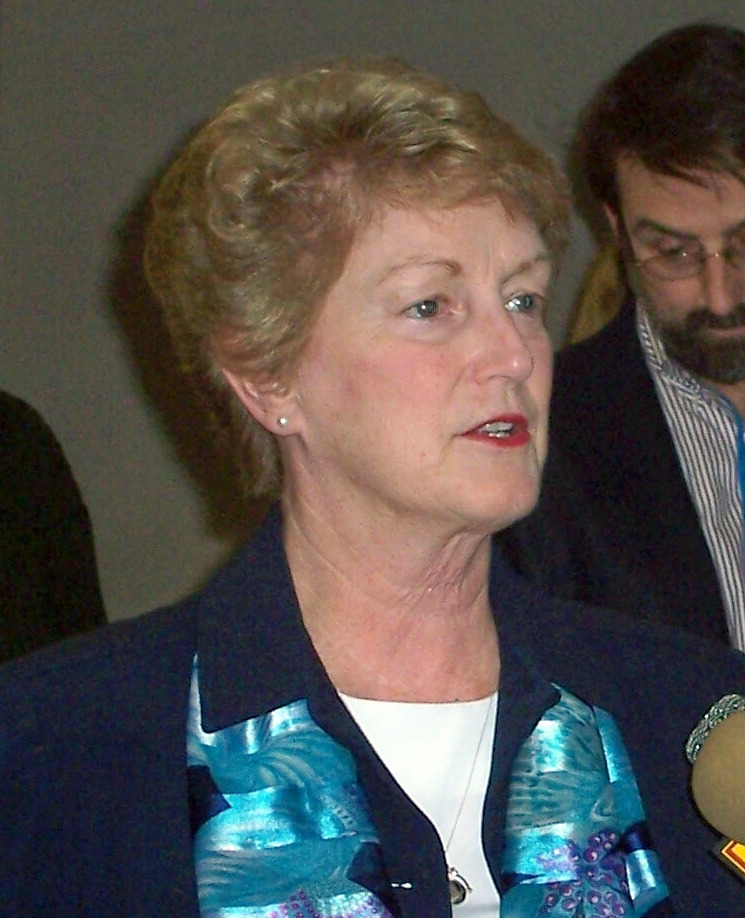 Rell was Connecticut's second List of female state governors in the United States/female Governor, after Ella T. Grasso. Rell stepped down from office at the end of her term, after announcing she would not seek re-election in 2010.

If you enjoy these quotes, be sure to check out other famous politicians! More Jodi Rell on Wikipedia.

This is the real bottom line. A person, with a paycheck, in his pocket, every other week, forever and ever, Amen.

The easy way out is to approve an early retirement plan one year but not pay out sick and vacation time to deserving employees until three years later. Unfortunately, later is now. 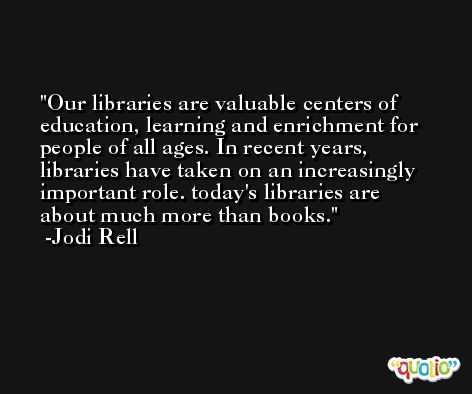 Tuition at our institutions of higher learning is slowly but surely being priced out of reach for middle class families.

Federal law is quite clear: Air National Guard units cannot be moved without the express permission of their commander-in-chief, the governor. 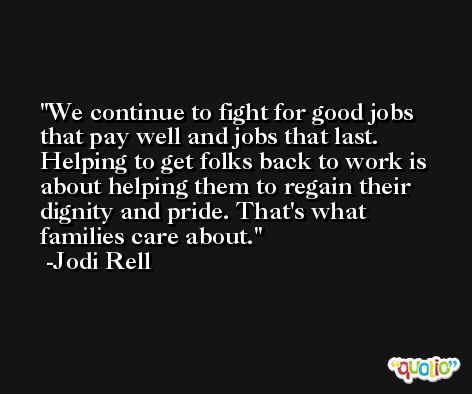 I have kept a steady focus on restoring public faith in our state government since taking office July 1. Now it is time to make even bigger and bolder gains through legislative action.

The best math lesson we can teach college students this year is to subtract a tuition increase and benefit from the dividends of higher education. 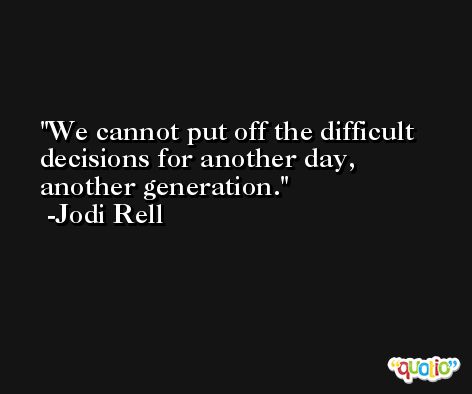