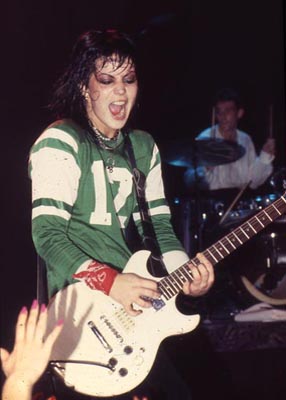 "Joan Jett" is an American rock guitarist, singer, songwriter, producer and occasional actress, best known for her work with #Joan Jett and the Blackhearts/Joan Jett & the Blackhearts, including their hit record "I Love Rock 'n' Roll#Joan Jett version/I Love Rock 'n' Roll", which was No. 1 on the Billboard charts/Billboard List of Hot 100 number-one singles of 1982 (U.S.)/Hot 100 from March 20 to May 1, 1982, as well as for their other popular recordings including "Crimson and Clover", "I Hate Myself for Loving You", "Do You Wanna Touch Me", "Light of Day (song)/Light of Day", "The Mary Tyler Moore Show opening sequence#Theme song/Love is All Around" and "Bad Reputation (Joan Jett song)/Bad Reputation". She has three albums that have been certified RIAA certification/Platinum or RIAA certification/Gold, and has been a feminist icon throughout her career.cite book

If you enjoy these quotes, be sure to check out other famous musicians! More Joan Jett on Wikipedia.

My guitar is not a thing. It is an extension of myself. It is who i am.

Girls have got balls. They're just a little higher up that's all. 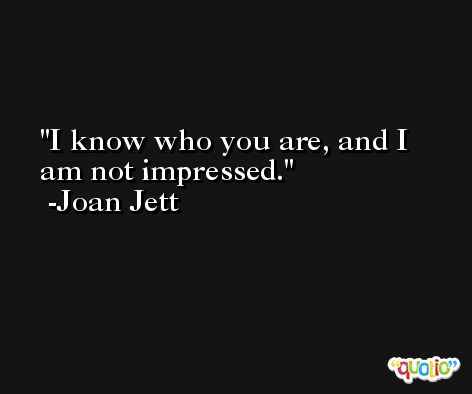 [After both races were complete, Jett and her band performed for the crowd.] I run a little but I couldn't quite keep up with these people, ... doing a lot of pushups and staying busy.