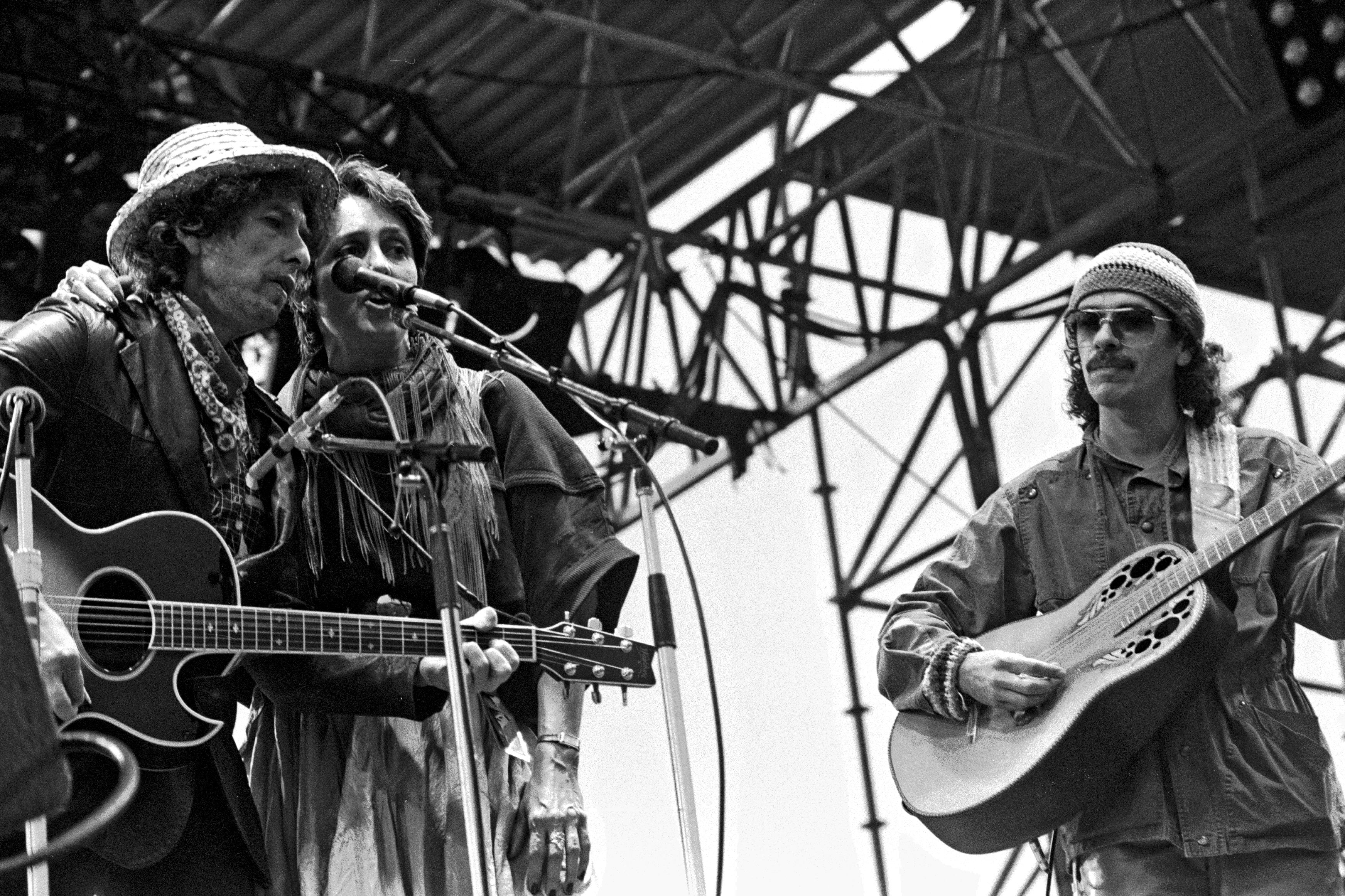 "Joan Baez" is an Americans/American folk singer, songwriter, musician, and activist whose contemporary folk music often includes songs of protest or social justice. Baez has performed publicly for over 55 years, releasing over 30 albums. Fluent in spanish language/Spanish as well as in english language/English, she has also recorded songs in at least six other languages. She is regarded as a folk singer, although her music has diversified since the counterculture of the 1960s/counterculture days of the 1960s and now encompasses everything from folk rock and pop music/pop to country music/country and gospel music. Although a songwriter herself, Baez is generally regarded as an Interpretation (music)/interpreter of other people's work, having recorded songs by the Allman Brothers Band, the Beatles, Jackson Browne, Leonard Cohen, Bob Dylan, Violeta Parra, Woody Guthrie, The Rolling Stones, Pete Seeger, Paul Simon, Stevie Wonder and many others. In recent years, she has found success interpreting songs of modern songwriters such as Ryan Adams, Josh Ritter, Steve Earle and Natalie Merchant. Her recordings include many topical songs and material dealing with social issues.

If you enjoy these quotes, be sure to check out other famous musicians! More Joan Baez on Wikipedia.

If it's natural to kill, how come men have to go into training to learn how?

As long as one keeps searching, the answers come.

I've never had a humble opinion. If you've got an opinion, why be humble about it? 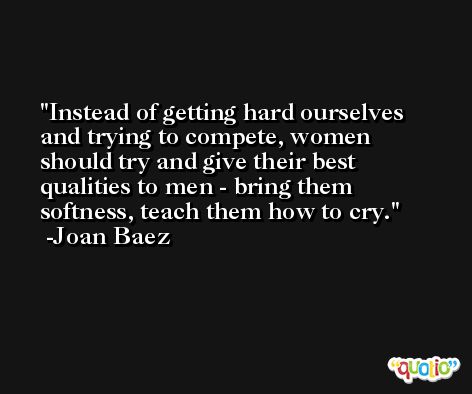 Seeing you sleeping peacefully on your back among your stuffed ducks, bears and basset hounds, would remind me that no matter how good the next day might be, certain moments were gone forever because we could not go backwards in time. 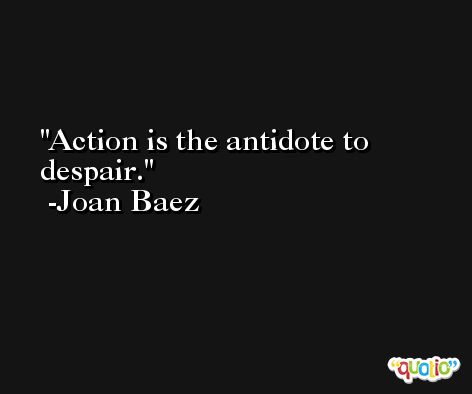 You may not know it, but at the far end of despair, there is a white clearing where one is almost happy.

The easiest kind of relationship for me is with ten thousand people. The hardest is with one.