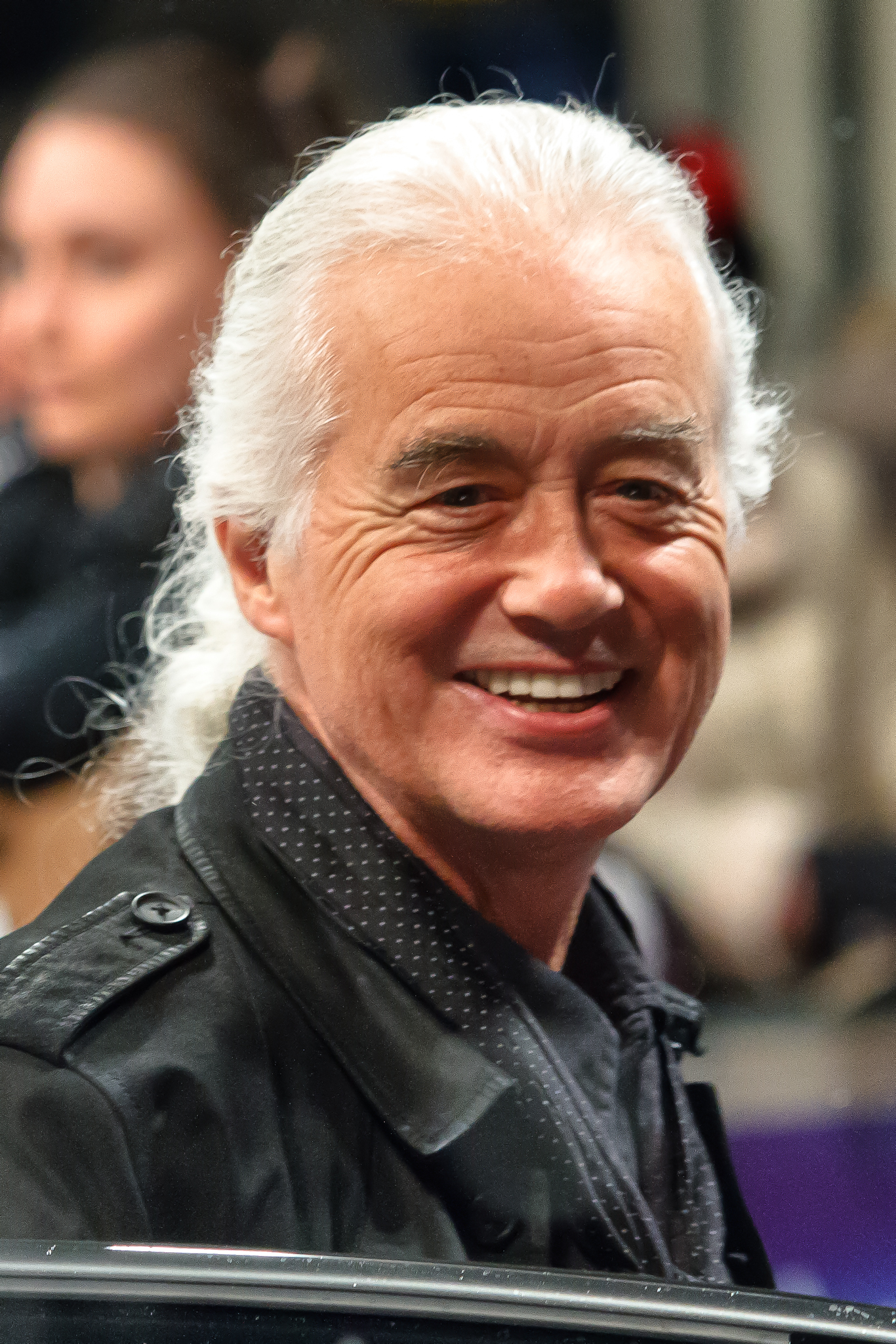 "James Patrick" ""Jimmy"" "Page", is an English musician, songwriter, multi-instrumentalist, and record producer who achieved international success as the guitarist and leader of the Rock music/rock band Led Zeppelin.

Page began his career as a studio session musician in London and, by the mid-1960s, he had become the most sought-after session guitarist in England. He was a member of the Yardbirds from 1966 to 1968. In late 1968, he founded Led Zeppelin.

Page is widely considered to be one of the greatest and most influential guitarists of all time. Rolling Stone (magazine)/Rolling Stone magazine has described Page as "the pontiff of power riffing" and ranked him number 3 in their list of the "100 Greatest Guitarists of All Time". In 2010, he was ranked number two in Gibson Guitar Corporation/Gibson's list of "Top 50 Guitarists of All Time" and, in 2007, number four on Classic Rock (magazine)/Classic Rock"s "100 Wildest Guitar Heroes". He was inducted into the Rock and Roll Hall of Fame twice; once as a member of the Yardbirds (1992) and once as a member of Led Zeppelin (1995). Page has been described by Uncut (magazine)/Uncut as "rock's greatest and most mysterious guitar hero." Los Angeles Times magazine voted Jimmy Page the 2nd Greatest Guitarist of all time.

If you enjoy these quotes, be sure to check out other famous musicians! More Jimmy Page on Wikipedia.

I don't think the critics could understand what we were doing.

My vocation is more in composition really than anything else - building up harmonies using the guitar, orchestrating the guitar like an army, a guitar army. 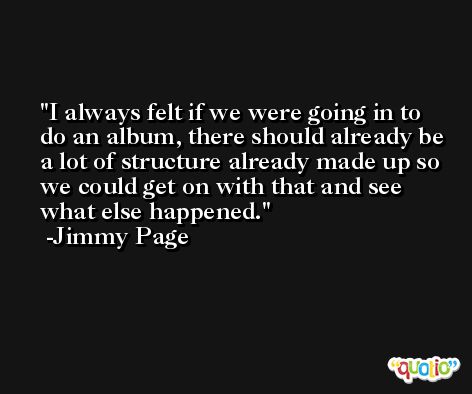 Nowadays, we're more into staying in our rooms and reading Nietzsche. 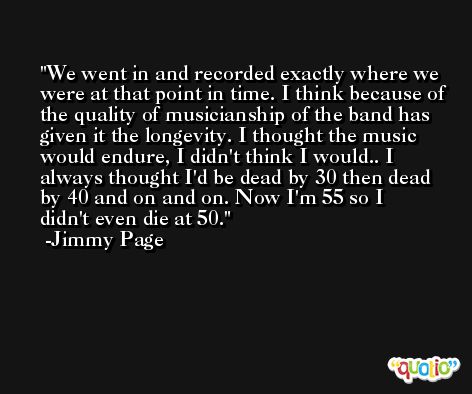 But to put out a greatest hits on one CD was totally impossible, I just couldn't do it. The best compromise was to put out two CDs - Early Days - which is what it is - and Latter Days.

I always believed in the music we did and that's why it was uncompromising. 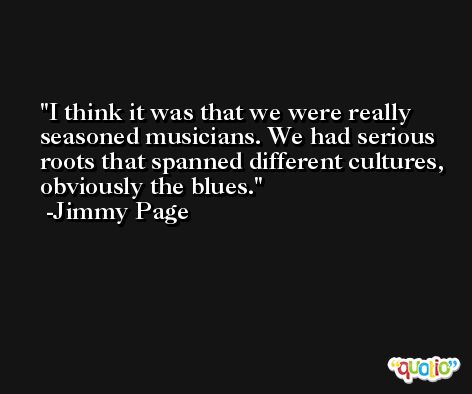