"James Clive "Jimmy" Adams" is a former Jamaican cricketer, who represented the West Indian cricket team/West Indies as player and Captain (cricket)/captain during his career. He was a steady left-handed batsman, useful left-arm orthodox spin bowling (cricket)/bowler and good Fielding (cricket)/fielder, especially in the slip (cricket)/gully position. He was also an occasional wicketkeeper when required. He is the current coach of Kent County Cricket Club/Kent.

The attitude is right so they are adapting very quickly and we are delighted with the way the cricket has been going. 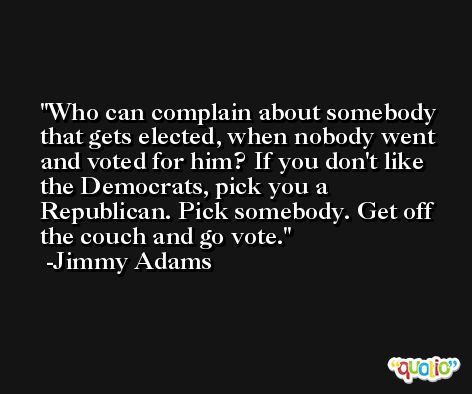 We put ourselves in a position where we have a crunch game in two days time. We'll have to pick ourselves up and make sure that we have everything working on that day. It will be a key game for both teams. It's all to play for. It's going to be a final for us.

It is a cop-out to say 'it was one of those things' because the players are better than that. They are not lacking ability but today they lacked application. 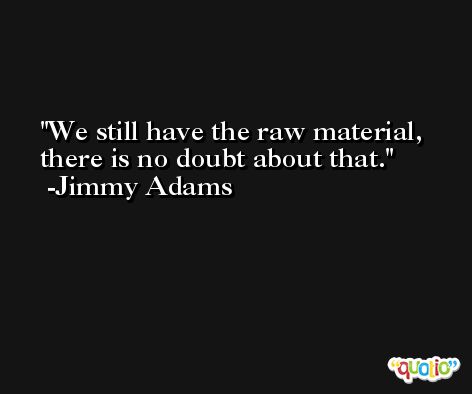 It's a learning curve for all these young men. One has to hope that they learn quickly.

He has outstanding athletic ability and great hands. We used him at every position you can imagine on the football field. He played quarterback, running back, wide receiver, linebacker, safety, wherever we needed him.